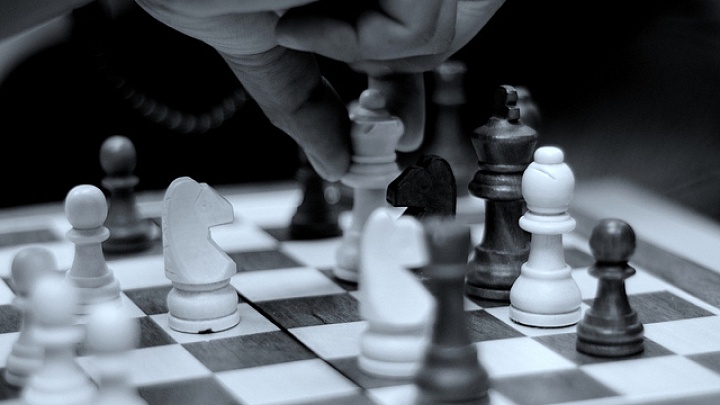 Let’s face it: Whether you want to blame the current administration, unforeseen or misunderstood challenges, or a bumbling 400-member National Security Council, U.S. grand strategy has not been coherent since the Cold War.

Perhaps it was easier back then. The Soviet Union was our highly identifiable arch-nemesis, we created our respective spheres of influence, and the chess game commenced. But chess has rules, it has structure, and it rewards those who strategize within a set of parameters that are understood and accepted by both players.

In today’s highly unpredictable world, where the rules change without warning, where quasi-state actors shred the very tenets of the established international system, where revisionist nations can actually pose substantial threats to a regional power balance, where unipolarity gave way to a new multipolar system as the U.S. bumbled about in search of the right leadership strategy, and where nightmares about the Cold War awake the sleeping giants thought to be laid to rest, we find that chess or any game with set rules has become completely useless.

No Longer a Game by the Old Rules

Unfortunately, as David Rothkopf recently pointed out in a piece for Foreign Policy, Washington has no imagination anymore, and to expect any type of strategy to come out of such a convoluted atmosphere is foolish at best and dangerous at worst. But what Washington really needs is a reset. As has been well-documented by inner-circle types close to the Obama administration’s national security team, action has been trumped by endless contemplation; the George W. Bush era of shooting first but not asking any questions later is over, and the U.S. is now being hamstrung by this legacy.

If you do not fully understand the threat you are facing, you cannot build a strategy to deal with it, and blindly pouring resources into a relatively small threat leaves you hamstrung to deal with the larger ones you have always known.

There is a sweet spot between action and contemplation, and that sweet spot lies in the flattening out of America’s national security apparatus and the realignment of defense policy decision-making from the Oval Office to those who have made it their life’s work to understand the behavior of our inherently anarchic system. From this structure is where real strategy, in conjunction with the intelligence community, comes to fruition.

But make no mistake: While Washington’s think tanks spend vast amounts of research dollars trying to come up with what U.S. grand strategy should look like nowadays, it is no longer a valuable endeavor to do so. Instead, leaders should come to grips with the fact that until the world begins to resemble a more familiar power balance, educated guesses are the best we can and should act on.

Looking back at some of the most revered international relations scholars in recent history, many have in fact accurately predicted the world we have come to face.

Zbigniew Brzezinski, former U.S. national security adviser and owner of one of the most impressive CVs in Washington, wrote a 2012 piece in Foreign Affairs arguing that if the West did not do a better job at engaging Russia diplomatically, Putin would move on Ukraine in an initial attempt to create a new sphere of influence. Alas, the Obama administration took the approach of pushing NATO too hard and too close to Russia’s western flank, a move that clearly lacked any semblance of earnest diplomacy or understanding of foreign policy realism.

Not surprisingly, John J. Mearsheimer, one of the vanguards of modern realist theory, just published his own  Foreign Affairs piece highlighting the reasons that the Ukraine crisis is the West’s fault, and that “liberal delusions” of democratic expansion eastward provoked Putin into action. Washington’s current stock seems to have forgotten the basics of how states interact with one another based on balance of power/threat theory.

Frank Hoffman’s recent piece for FPRI articulates eight important considerations to take when creating grand strategy, but the U.S. has completely disregarded every one of them since 1991. Notable is the lack of understanding context, culture, constraints, compromise and consensus, contingency, and continuous assessment and adaptation. It is woefully difficult to find a recent conflict or policy prerogative that earnestly took any of these points into consideration. Hoffman’s final word is a sobering one: Our margin for error is shrinking in this new multipolar world.

Michael Mastanduno’s 2010 piece for International Security highlights several strategic thinkers who accurately predicted that multipolarity would rear its ugly head ten to 20 years after the end of the Cold War. He makes the basic point that balance of power theory is clear about the behavioral implications of unipolarity. The concentration of power in the hands of the U.S. after the Cold War necessarily created the rise of states that are now challenging it. These basic tenets of the international order have been lost on successive administrations, from Clinton’s to the present, and the conflict we are now seeing is characteristic of such international power cycles.

What, then, has led to America’s inability to form a coherent strategy, even when so many scholars have accurately predicted the troubled waters we now face? The failure to adapt to the wild card.

The rise of al-Qaeda, if not well understood, was predicted and metastasized on a relatively clear trajectory over many years. Just because the right resources were not in place to predict and thwart 9/11 did not mean that nobody could see it coming. Al-Qaeda was a threat we knew, even if we did not fully understand it. But ISIS is an entirely different beast a lightning bolt born from the fog of war in Iraq that had the gall to throw out international norms altogether. It is structured, well-funded, can’t be reasoned with, and will not be easily uprooted.

Frankly, America has been completely fixed on such relatively small threats to its homeland security since 2001. But if you do not fully understand the threat you’re facing, you cannot build a strategy to deal with it, and blindly pouring resources into a relatively small threat leaves you hamstrung to deal with the larger ones you have always known. In this atmosphere, grand strategy has no role to play because those responsible for creating it don’t have the tools, creativity, or flexibility to do so. Policymakers would be wise to stop fumbling around with liberal ideals of global Westernization and dust off the realist tenets of how to keep the house in order.

This means taking a more conciliatory tone with our nation-state partners to form coalitions on mutual areas of understanding while dealing decisive blows to the free radicals that are mucking up the system. It means creating spheres of agreement that may or may not connect along a linear strategic path. It means moving towards the old definition of diplomacy and away from the dogmatic, prescriptive, and arrogant version we have become known for. It means knowing how to swallow pride, being able to take the first leap of faith towards reconciliation with the unspoken understanding that our military can back up our new-found creativity, and staying true to our democratic values without throwing them in everyone else’s face.

This is not a grand strategy, but the beginning of a list of ideas that over time may allow us to function within the parameters of such paradigms once again. In a system where unforeseen variables force the realignment of values, expected outcomes, allies, and use of resources, having multiple contingencies, accepting that our crystal ball is broken, and being able to dynamically vacillate between policy options will ultimately help put the ship back on course.