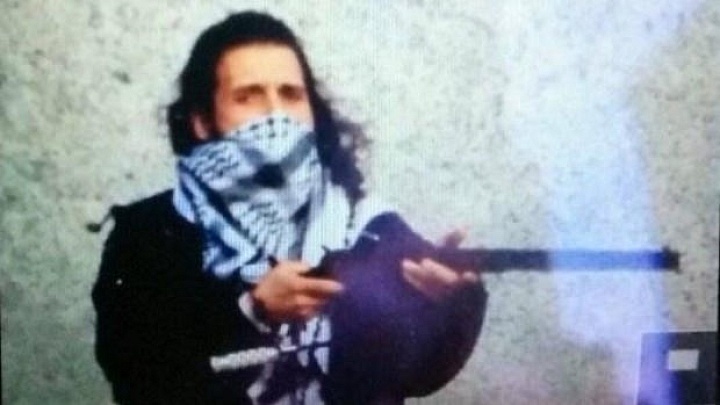 Immediately following the shooting at the War Memorial at Parliament Hill in Ottawa, many began to speculate it was the work of jihadists. An ISIS sympathizer publicly murdered two Canadian soldiers in grisly fashion. The attack came on the heels of Canada pledging to join the international coalition against ISIS. Even before Parliament approved sending warplanes to Syria and Iraq, ISIS had called on “lone wolf” jihadists to attack Canada. There was indeed a spike in ISIS-related online chatter focusing on Canada in the days leading up to the shooting Wednesday. The character of the relationship between Michael Zehaf-Bibeau and ISIS is still unknown. Nonetheless, this will not stop ISIS from claiming the Ottawa murders as proof of their international reach and power as an “Islamic State.” Are they right?

To Each His Own


ISIS has already hailed Zehaf-Bibeau as one of their own on Twitter. In the coming days, we may see video from trusted news sources produced by ISIS claiming victory in Ottawa. Footage of what transpired earlier this week in Canada will be lumped in with the same propaganda footage as the Islamic State’s feature length “film, The Flames of War. It is a propaganda movie in the same vein as Nazi-era war film, Triumph of the Will and Frank Capra’s Why We Fight. A key scene is when ISIS fighters brag about defeating the Syrian Army’s 17th Division. The visuals in the film seem to back up this claim. But the battle took place for two weeks between the Syrian Army and rebel forces. Only near the end of the battle do ISIS  join the fight against the 17th Division. But with skilled use of Hollywood style film editing and clever voiceovers, the audience is led to believe that it was ISIS alone that vanquished the Syrian forces.

ISIS has been very good at the propaganda war thus far. They have used social media to their advantage to recruit members to their cause from all corners of the globe. Its members can be seen on YouTube taking “victory laps” in battle and, most recently, stumbling on to U.S.-supplied weaponry that was meant for Kurdish Peshmerga fighters.

ISIS certainly poses a threat to Syria and Iraq, to the Middle East as a whole, and to America’s allies and interests there. But ISIS is no “Islamic State. It does not have the power or reach it claims.

ISIS has proven that social media is the key weapon of their psychological warfare tactics. They are blogging, tweeting, Facebooking, and YouTubing claims of responsibility for attacks and asserting the ability to strike enemies anywhere in the world. Perhaps it is the case that the Ottawa attack was inspired by ISIS’ call for jihadist attacks in Canada and elsewhere—we should know soon enough.

Social media today makes it far easier for one person or a small organization with a clear message to inspire others to take some action. Just look at the success of the “Kony 2012” or “ice bucket challenge” and other similar appeals. Though clearly for entirely different purposes, the campaigns spread a message across social media that inspired action on the part of many people from different regions across many different demographics.

Inspiration Does Not Equal Global Reach

No matter what ISIS claims on the internet, the credence given to their claims of victory in Ottawa, to having international reach, or to being an “Islamic State” to which all jihadists should pledge fealty to should be based upon its ability to exercise command and control over attacks and to fund or provide logistical support to them. Thus far, there is little evidence of ISIS being more than a regional group with an inspiring message that has “gone viral” on the internet.

To be fair, ISIS’ success at maneuver warfare on the ground in Iraq and Syria has been impressive and they have been more successful at it than any of its predecessors. ISIS certainly poses a threat to Syria and Iraq, to the Middle East as a whole, and to America’s allies and interests there. But ISIS is no “Islamic State. It does not have the power or reach it claims.

Information on the Ottawa attacker is still incomplete. It is highly likely, however, that no ISIS leader had prolonged contact with Zehaf-Bibeau to coordinate or plan the attack with him or to provide him with funds, weaponry, or other logistical support. Footage of the attack shows it was not very well planned. Perhaps Zehaf-Bibeau was in intermittent contact with ISIS over the internet. Perhaps their message inspired him. But this is quite a different story from being a member of a terrorist cell or supported by an organization.

In this regard, ISIS is actually less successful than Osama bin-Laden-era al-Qaeda, which devised, planned, funded, controlled, coordinated, and executed an attack on the United States in three places at once. Before they did it, no one would have thought it could be done. However, thus far ISIS has been much more successful than al-Qaeda when it comes to public relations and social media. It has also been much more successful at conducting maneuver warfare on the ground. Its combat successes have fed its propaganda machine.

That is not to say that we should not be worried about attacks such as what took place in Ottawa. The point is that just because ISIS’ well-oiled propaganda machine claims it can strike at the heart of Western states at will does not mean we should take it at face value. Attackers such as Zehaf-Bibeau are a threat. But because one man—or even a few men—are inspired by ISIS propaganda to murder innocent people does not mean that “ISIS is winning” or that ISIS can strike anywhere. Sadly, it just means that there are lonely, alienated, and misguided individuals who have grievances against society which ISIS is fully ready to exploit. This is the same tactic used by sex traffickers, drug dealers, and pedophiles.

As Canadians—and the rest of the world—decide how to respond to this tragedy, we should keep in mind that the goal of terrorism is to force political change and concessions in the target through the use of and fear of violence. Believing ISIS claims that it is responsible in any large measure for the Ottawa attack and is a powerful “Islamic State” would give the organization more credit than it deserves and be an undeserved victory for its propaganda machine. ISIS is an exploitative, murderous army of criminals that should be eliminated, but we should not feed the atmosphere or terror they are attempting to create in order to affect our political systems and change the way we live our lives. Do not let the terrorists win.

Jeff Danovich is a U.S. Army veteran of the Iraq War, serving in Civil Affairs, and a graduate of George Washington University. His writing has appeared in the Los Angeles Times, Baltimore Sun, and SOFREP, amongst others publications.

What Was a Russian Sub (Possibly) Doing ...