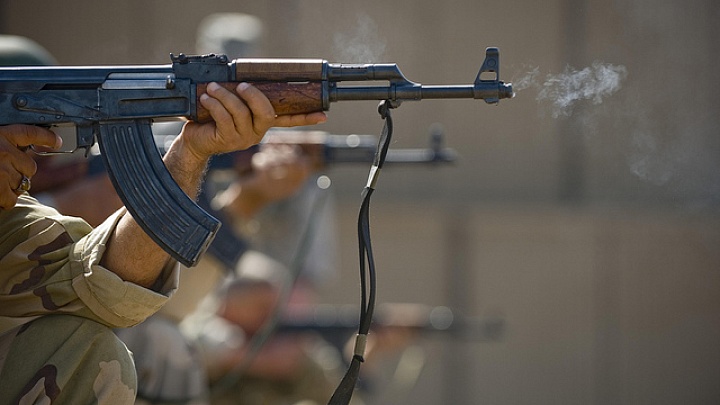 Over three decades, al-Qaeda has undergone a number of changes.  Faced by an alliance of powerful governments and ISIS, another is now required. What it will be, we do not know with any certainty, but a couple of possible strategies have emerged in recent months.

In a 55 minute video released at the beginning of September 2014, the leader of al-Qaeda announced that the movement was expanding into India. Emir Ayman al-Zawahiri assured Muslims in Myanmar, Bangladesh, the Indian states of Assam and Gujarat, and Kashmir, that “your brothers” in the militant organization “did not forget you and…they are doing what they can to rescue you.” The declaration came two months after ISIS leader Abu Bakr al-Baghdadi, in his black cloak of Caliph Ibrahim, declared his hegemony over Afghanistan, Pakistan, and the one hundred and seventy-five million Muslims of India. Al-Zawahiri did not mention ISIS, but repeated his allegiance to Mullah Omar, the Emir al-Muminin and erstwhile leader of the Afghan Taliban. He appears not to have known that Mullah Omar had died nearly a year and a half earlier.

After al-Zawahiri released the September 2014 video, he disappeared for the next eleven months. The rumor mill produced stories that he had died, been removed in a coup, or was planning some spectacular event. The failure of the Emir to praise the Yemeni branch of al-Qaeda, AQAP, for the successful attack in January upon the satirical magazine Charlie Hebdo was unusual. In addition, failing to eulogize the death of Nasir al-Wuhayshi in June, the leader of AQAP and his chosen successor, left many members worried, especially as the movement was increasingly under attack by ISIS in Afghanistan, Libya, Yemen, and Syria. The return in August of the Emir in a ten minute audio message did not explain his absence. He simply pledged his allegiance to the new leader of the Taliban, Mullah Akhtar Mansoor, and eulogized the late Mullah Omar. The surprise which might explain the disappearance was that al-Qaeda has followed the Taliban back to Afghanistan’s Helmand Province from where it had fled fourteen years ago.

However, in the same month, one other surprise was the introduction of Hamza bin Osama bin Laden in a ten minute videothat was recorded in May. The twenty-four year old son of Osama bin Laden praised martyrs to the cause, urged more attacks upon the West, and pledged his allegiance to Mullah Omar. As his grooming for great things continues, his introduction comes at a time when al-Qaeda is undergoing a transformation.

A recording by al-Zawahiri released this September and believed to have been made towards the start of 2015 reflects the shift in al-Qaeda’s strategy. Despite the big mistakes [of ISIS], if I were in Iraq or Syria I would co-operate with them in killing the crusaders and secularists and Shiites even though I dont recognise the legitimacy of their state, because the matter is bigger than that. Abdullah bin Mohammed, an al-Qaeda ideologue, has similarly proposed that the strategy of recent years has been a failure and that change is necessary. In what he terms “Political Guerrilla War,” he advocates the merging of the al-Qaeda movement within a coalition of jihadi organizations. For these men, the path forward for al-Qaeda relies upon limited cooperation with those once shunned.

One branch of al-Qaeda where bin Mohammed’s methods appear to have been put into operation is in Syria. Abu Mariah al-Qahtani, the second-in-command of al-Qaeda’s Syrian branch, the al-Nusra Front, has voiced his support for a strategy of Political Guerrilla War. Al-Qahtani has noted his opposition to confronting powerful states that can overwhelm the movement or creating caliphates which are easy targets for superior military forces. In recent months, the al-Nusra Front has joined with a number of other jihadist groups to form the Army of Conquest. Through this application of bin Mohammed’s strategy, the united force concluded a lengthy siege and captured Abu al-Duhur Airbase – the last remaining government military base in Idlib Province. This group has even received approval and economic and material support from the Turkish, Saudi, and Qatari sponsors.

However, there have been reservations regarding the inclusion of the al-Nusra Front in any alliance, with this strategic shift causing a schism within the organization between those wishing to focus on Syria and those wanting to pursue the traditional objective of targeting the far off enemy (the West). Responding to doubters, al-Zawahiri outlined the al-Nusra Front’s strategy earlier this year. The al-Qaeda leader instructed the leadership to adapt to the local cultural and political environment by coordinating more closely with other radical groups, while promoting a Sharia legal system and strengthening its position.

AQAP has been the most active al-Qaeda branch in international operations. Among the long list of foreign attacks this branch has been implicit in, there has been the Charlie Hebdo attack, as well as attempts to send bombs to the United States. There is no evidence that the shift in policy to localize operations has been extended to AQAP in Yemen. If anything, the opposite is the case, with the first public statement of AQAP’s new leader, Qassim al-Raymi, being used to call for more attacks upon the United States.

The real change for AQAP’s seizure of territory has come as a result of the Saudi Arabian-led intervention in Yemen’s Civil War which began in March. So far, the Saudis have ignored AQAP and the al-Qaeda branch has avoided contact with the Saudis, with AQAP using this time wisely to consolidate its own position in the region. To this effect, the branch has taken control of the south-eastern province of Hadramawt – the ancestral homeland of Osama bin Laden – and is strictly enforcing Sharia law throughout the province.

A further interesting development is that Iran released five of AQAP’s leaders in a prisoner exchange with the organization at about the same time as the Saudi-led intervention began. The loss of so many of AQAP’s key personnel to drone strikes in recent years makes the return of these five a much-needed infusion of vital management, ensuring that AQAP is a more dangerous force. Of these five, Saif al-Adel is viewed to be the most dangerous. The former colonel in the Egyptian Army has a five million dollar bounty on his head and is believed to have been involved in the 1998 bombings of U.S. Embassies in East Africa. In addition, Abu Mohamed al-Misri was substantially involved in al-Qaeda’s operational planning pre-9/11, while Abul Qassam was a contemporary of Abu Musab al-Zarqawi, one of the key figures in al-Qaeda in Iraq before his death in 2006.

So long as the Saudi-led coalition is occupied through fighting Houthi rebels, AQAP has a substantial opportunity to consolidate its position in Yemen. Thus, when the time is right and the coalition inevitably abandons the battlefield, AQAP will be in a fantastic position to use its consolidated base to both strike out at the far enemy and challenge for supremacy in Yemen.

The two potential paths of al-Qaeda are not necessarily mutually exclusive. AQAP’s unpragmatic approach may be difficult to pair with the realpolitik of al-Zawahiri and bin Mohammed’s Political Guerrilla Warfare, but the opposite need not be the case. Indeed, al-Zawahiri has also advocated lone wolf-style attacks on Western targets in addition to militants outside of the West concentrating on local conflicts and working with other extremist groups.

However, why Hamza bin Laden has been placed center-stage at this time remains an open question. A simple answer is that the young man provides al-Qaeda with a very strong psychological link to the figure who founded the organization and whom many revered as the Lion of Jihad. But is the son the Lion’s cub or will he also follow the path of Political Guerrilla Warfare? Time will tell.