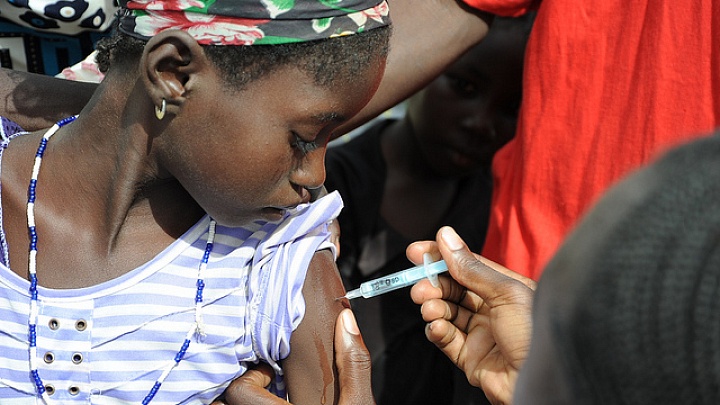 There is an emerging discourse in the security field regarding health security and how issues within the realm of defense intersect with public health. In my own career, having focused on biological warfare, the overlap between weaponizing of viruses and bacteria and the effects and response of health authorities to disease outbreaks is apparent. In the era of swine and bird flu, SARS, and Ebola pandemics and the deployment of civilian and military personnel in response, it is clear that the threat to public health these afflictions represent is also a threat to national security. These international health threats receive much media attention. However, there is another threat to health security (and therefore national security) that receives less attention despite possibly having even more dangerous international repercussions: Fake drugs.

Those of us working in the counter-terrorism and chemical, biological, radiological, and nuclear (CBRN) defense fields are awfully worried about things like Sarin, Anthrax, and Ebola. In truth, these are not going to kill us all and, even in worse case scenarios, they are not even likely to have a major effect on the vast majority of us, especially in the developed world. However, something like super-resistant tuberculosis spreading across North American and Europe or the return of drug-resistant malaria to areas where it had been eradicated should scare the hell out of us all.

It is important to keep threats like Ebola in proper perspective. Make no mistake: Ebola is a scary and lethal disease. But it has a basic reproductive number (the mathematical calculation of its ability to spread) that is quite low and Ebola outbreaks are most often stopped quickly if basic body substance isolation and infection control procedures are used.  Ebola, a disease found solely on the African continent, kills many. But it is illustrative to look at other causes of death in Africa which are responsible for many more casualties each year.  People in Africa die from many other infectious diseases every year: HIV (1M+), diarrheal diseases (600K+), Malaria (500K+), Meningitis (240K+), Tuberculosis (200K+), and neonatal sepsis and infection (170K+), to name only the primary offenders on the list.

Millions of people in the developing world die each year from things that we in the developed world have eradicated, prevented, suppressed, or managed as causes of death.  Much, but not all, of the credit goes to medicines like antibiotics, antivirals, and anti-parasitic drugs, either for prophylaxis or treatment.   Safe sex, sanitation, pesticides, and other non-pharmaceutical measures play a key role as well, but injections, infusions, and pills are key armaments in the fight against infection disease.

Those who are faking these drugs in order to make quick money are opening the door for once-controlled diseases to adapt and overcome these treatments and create major global health security issues.

Today, HIV can be suppressed and the onset of lethal AIDS can be delayed indefinitely by the proper course of medication.  Chemoprophylaxis is the longstanding method of preventing malaria.  Infusion of fluids is life-saving in cholera.  The only real way of curing tuberculosis is a lengthy course of drugs.  The long-term and short-term uses of drug therapy in the developing world are too lengthy to enumerate here.

But what happens when drug therapy is disrupted?  What if supply from the chemical arsenal is delayed, obstructed, or otherwise not administered correctly?  Bad things happen. Healthy people become sick. Sick people become sicker and some will die who might not have otherwise.  Disease spreads, sometimes beyond its traditional endemic areas as populations move.  Drug resistance develops.  New strains of microbes and parasites develop.  If Malaria returns to Europe due to climate change and other factors, we might all need more access to anti-malarial drugs.

Drug therapy can fail or be disrupted for many logistical, economic, or socio-cultural reasons.  Another huge part of the problem is the supply of drugs is tainted by the presence of fake, diluted, substandard, counterfeit, and otherwise falsified drugs. I use many different terms here as there are wide-ranging disputes over words like “counterfeit” and “falsified” but I will use the phrase “fake medicine” as an inclusive term.

Fake drugs are looked at by some as a rich man’s disease – the exploitation of the middle classes by peddling fake erectile dysfunction drugs through dodgy online pharmacies. But the problem is more acute in the developing world. Worldwide, the trade in fake medicines was $75 billion in 2010, according to the World Health Organization. Some estimates place it even higher.  Though only some 1% of the medicines in the developed world are fake or substandard, at least 30%  of the medicines in the developed world are fakes. A single 2013 World Customs Organization operation in Africa, Operation Biyela, netted over half a billion units of fake drugs in only 10 days.  While the fake medicine trade in Europe and North America is in branded medicines like Viagra, in the developing world much of the problem is fake generics.  Faked pain killers, fake anti-inflammatories, fake antibiotics, fake anti-malarials, fake anti-retrovirals, are all cited in various studies and articles as acute problems across the developing world.

Scale of the Problem

Given both the scale of the fake medicine problem and the continued reliance on lengthy courses of drugs for both prophylaxis and treatment, it seems a mathematical certainty that fake medicines are contributing to illness and misery by making prevention and treatment more difficult.  More disturbingly, many fake drugs have an element of the correct drug in them. Diluting one legitimate pill into ten or more doses is not an unknown tactic.  Fake drugs, in turn, are probably aiding the rise of resistant strains of microbes and parasites. Introducing these evolving viruses, bacteria, and other forms of life to weak doses of the drugs that supposed to kill them may be helping to make them stronger. This is a real threat. Those who are faking these drugs in order to make quick money are opening the door for once-controlled diseases to adapt and overcome these treatments and create major international health security issues.

The problem of fake drugs in the developing world is complicated by many factors. Poor access to information, muddled and convoluted distribution paths which allow for fake and real medicines to intermingle, poor enforcement by police and customs officials, and the desire for get a bargain all serve to allow the problem to proliferate.   Nor are the major pharmaceutical producers doing all that they can to help. Having sat through several seminars on the subject, much of the major effort is expended on dealing with the strict regulatory requirements in the developed world with technologies like secure labeling and serialization of every packet.  Africa, for example, is not the core of their revenue, so it is an afterthought. My impression from the major pharmaceutical presentations I have attended is that these efforts are more about brand protection, intellectual property rights, and revenue protection, and not so much about public health.  Furthermore, much of the problem stems from fake generic drugs, where far less money is spent on anti-counterfeiting activities than the cash cows of major pharmaceutical companies.

There are things that can be done to combat this menace.  Law enforcement and customs operations need improvement across the board in the developing world on many fronts, and not just in the area of fake goods.  Patients need to be better informed. Rationalizing supply chains and distribution networks for legitimate medicines can help, although that task appears Herculean. Many of the conventional measures in packaging, labeling, and serialization that are in use by the major branded pharmaceutical firms could be applied to generic products, if enough effort were expended. The cost of doing so means generic drug makers are not likely to do it on their own.

Enforcement of regulations and the safety of patients can be further enhanced by verification tools.  Some fakes are obvious to anyone with a smattering of education and training. But other fakes are very well made.  The traditional approach is to send a suspect pill or vial to an analytical laboratory. But is that really a viable approach at the side of the road in, say, Cameroon?  Technology is now available to provide rapid analysis of medicines in the field.  Suitcase-sized devices have been available for some time, but their expense is daunting in the developed world.  Handheld devices using Raman spectroscopy are available and getting cheaper all the time.

But “cheaper” is a relative term in scientific instrumentation.  Even a cheaper handheld spectroscopicinstrument can cost the same as hiring many customs officers or much of the operating budget of a health clinic. The big challenge is to find the right place and time to use such instruments and to find a way to pay for them in a way that will help all of us to keep bad things from happening to the whole world, not just poor people in the developing world.

Though the threat to global health security that fake drugs pose will likely never have as visible an impact as the victims of outbreaks of, say, Ebola, they can pose an even greater threat. Fake drugs or diluted doses could help diseases once considered contained—if only in the developed world—build resistance to medications. The health security of entire continents or the entire world could be placed and the impact of such a large-scale deterioration in health would have major repercussions for national security, all because some criminals want to make quick cash off the pain and suffering of others. That would indeed be a bitter pill to swallow.