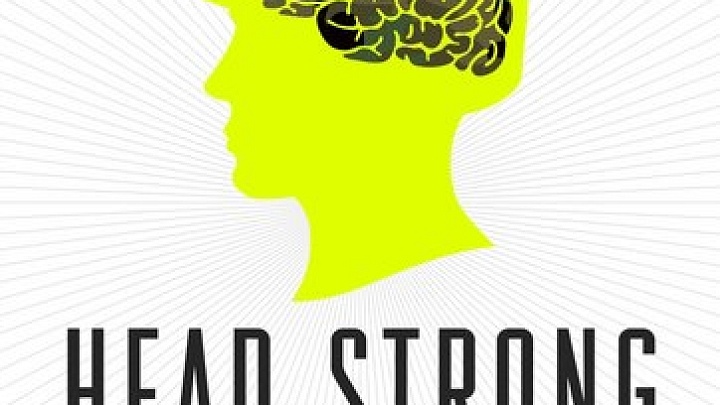 Can you walk us through a field most readers are unfamiliar with military psychology and explain how it is different from traditional cognitive-behavioral psychology?

Military psychology is the application of psychological theory, research, and practice to military settings. Thus, it includes all of the areas of traditional psychology, both applied and experimental.  Most people are aware of the need for clinical psychologists to provide mental health services to military personnel.  But psychologists also are intimately involved in the selection and training of military personnel, resilience building, human factors engineering (building military systems that personnel can use effectively and efficiently), and leader development, just to name a few specialties.

When we think of psychology and warfare we tend to think of trauma, PTSD, and whatnot. What is the main takeaway from your new book, and how do you define the title, “head strong”?

The main message is that while trauma, PTSD, and related disorders are indeed an occupational hazard of combat, military personnel tend to be remarkably resilient, considering the adversity of combat.  Indeed, pathologic responses may account for about 15 percent of the psychological consequences of combat.  The other 85 percent or so show varying degrees of resilience, and many show evidence of post-traumatic growth (PTG).  The latter is especially interesting, but not at all uncommon.  People who survive cancer or other serious diseases often maintain that they derive more positive meaning from life following their ordeal than before.  Soldiers are no different. So again, the emphasis is not so much on pathology and PTSD but rather using positive psychology to build resilience and strength in our soldiers. We need to empower soldiers and families with psychological and personal skills to survive and cope effectively – even the so-called “Bob on the FOB” who doesn’t go outside the wire because of his job, and yet often suffers psychologically.

So you would argue that, say, a UAV pilot can suffer emotional stress as readily as troops in direct combat.

If I’m sitting in the desert in Nevada – and am flying aircraft across the world and blow somebody up, it’s obviously stressful. But is it trauma? There’s an emerging area of psychology called “moral trauma.” As opposed to seeing someone run over and mutilated, you can understand the psychological consequences to that, but moral trauma occurs because it is our human nature to value life. If you take out a warlord and his family, then that sort of trauma is every bit as real in its impact for a UAV operator as if he were standing 200 meters away and pulling the trigger. Closely related to that is the idea of an existential crisis which involves the loss of a sense of meaning in life.  This may result in depression.

Do you think these pilots deserve Purple Hearts?

That’s kind of a political issue. Usually you are awarded a Purple Heart if you are physically injured. I had a colleague who had piece of shrapnel in his neck and he got a Purple Heart and that’s justified. Psychological injuries may be far more devastating and have lifetime consequences, however if we look at that person we see them intact then we infer they are normal. And so I think some of the pushback is from people who don’t understand psychology. One other thing: Between 80,000 and 400,000 soldiers have m-TBI (minimal traumatic brain injury), and CTE (chronic traumatic encephalopathy). PTSD, m-TBI, and CTE share symptoms and prognoses. More neuroscientists are coming to see that what we call PTSD may include physical injury to an organ we can’t see – the brain. If you can link PTSD to physical injury, then maybe that would warrant a Purple Heart.

How has the military’s psychological screening changed in recent years, especially in light of the 2009 Fort Hood shooting by Nidal Malik Hasan, who was a psychiatrist?

We’ve not done much psychological screening. If you want to go be a soldier and you want to enlist in any of the branches, you’ll take an aptitude test, they’ll look at your high school performance, do a criminal check, and make sure you’re physically fit. That’s all it takes. So you can see the problem. I think one of reasons we historically have not done psychological checks is, one, their reliability, and, two, the army’s basic underlining philosophy, which is that young people need to develop and we are willing a take a risk on an 18 or 19-year-old kids who have unlimited potential. In most cases, they are transformationally better people after they have gone through the military. Third, when we need soldiers if you put up another barrier, that further reduces the recruiting pool for an all-volunteer army. Only about one in four Americans ages 18-25 even qualify to be in the military. If you throw another layer of screens, what does that become, one in five or one in seven?

What is your take from a psychologist’s standpoint on the trend toward producing warrior intellectuals as opposed to just soldiers?

It’s a very good thing. That’s not to say that every private has to have a Ph.D. in philosophy, but the military should grow its more senior leaders into true soldier-scholars. This develops a world perspective that empowers them to deal in more intelligent ways to engage in the new types of wars we face. In World War II, in which my dad fought, you knew when you won. Now much of the problems we face are ideologically based. We seldom find ourselves fighting a traditional army. The political impact of the actions, words, and deeds of our military leaders can have tremendous impact on how are actions are seen around the world.

How will the training of 21st century soldiers and military leaders be different from past generations?

Basic military training is likely to remain fairly similar to that experienced by our generation.  Intense physical fitness training, an emphasis on discipline and self-control, and learning to view the welfare of the unit as transcending personal wellbeing combine to develop team-oriented, self-confident soldiers.  But after basic training, 21st century soldiers must learn a wider skill set than todays soldiers.  It is not enough to be proficient in tactics and weapons.  The future soldiers must be culturally aware, cognitively flexible, and able to quickly adapt to a wide array of missions.  And their leaders must do the same.  Leaders must be transformational, culturally savvy, politically aware, and able to work effectively with military from allied nations, and with non-military organizations involved in relief efforts, reconstruction, etc.

What types of people make the best soldiers, leaders, etc.? What are some behavioral red flags? And are there cognitive tests we should be administering to weed out potential bad apples?

Good question.  While physical fitness is clearly important, that is relatively easy to select for or develop.  More important is that soldiers and their leaders be of high character. Honest, courageous (not just physical courage, but moral course as well), loyal, and possess a willingness to learn and adapt. While intelligence is important, cognitive flexibility may be even more important.  That is, the ability to quickly assess new situations, adapt to them, and change your decisions to reflect the new challenge. The military needs to give more thought to its selections tests. Identifying recruits who may be predisposed to stress-related disorders, for example, could help reduce PTSD (by not allowing them in the service or by assigning them non-combat jobs).  Right now, the military leans heavily on aptitude tests.  We need to also assess non-cognitive factors (character, for example), and screen for psychopathology.

We hear that future war will not be conventional but will be psychological, playing on peoples’ fears and individual leaders’ neuroses – do you agree?

Thankfully, it has been nearly 75 years since that last traditional world war.  From Korea to the Global War on Terror, the elements you mention have been relatively important.  But the best defense strategy is to remain prepared for all levels of war.  I just read an analysis of what the biggest threats to the United States currently are, and three of the top four involve nuclear weapons.  So while it is important to prepare for psychological warfare, we need to remain prepared for devastating, large scale wars.  The military is often chastised correctly so for being ready to fight the last war.   The leadership needs to be prepared for any contingency, and all contingencies have dramatic psychological implications.

How is the digital age changing assessments of soldiers’ resilience, etc.?

We may be able to leverage digital technologies to train soldiers to be more resilient. Our own lab here at West Point is partnering on an Army project that employs immersive simulations to build resilience skills in soldiers.  Digital technologies may allow near real-time monitoring of psychological health in soldiers.  Already, the Army requires all active duty soldiers to complete an on-line resilience assessment once a year.  The soldier is given feedback on ways to improve his or her resilience in the event that he or she scores low on some component of resilience. There are also obvious implications for training war-fighting and leadership skills as well.

You end the book with a bit about how military psychology can promote peace. Can you explain how this mechanism works?

Simply that psychology as both a science and profession can leverage its understanding of human behavior to promote non-violent ways of solving crises. My sense is that, as a Nation, we spend a good deal more money funding military psychology than we do funding a psychology that looks to promote peaceful behavior.  Social psychologists, in particular, can apply their knowledge to help national leaders avoid war and to find non-violent solutions to international crises. I feel very strongly that we need to put a lot more money into the psychology of peaceful behavior.

Morten Ender on Millennials and the Military