Nicolaus Mills on Army-Navy Football, Vietnam, and Brotherhood in War 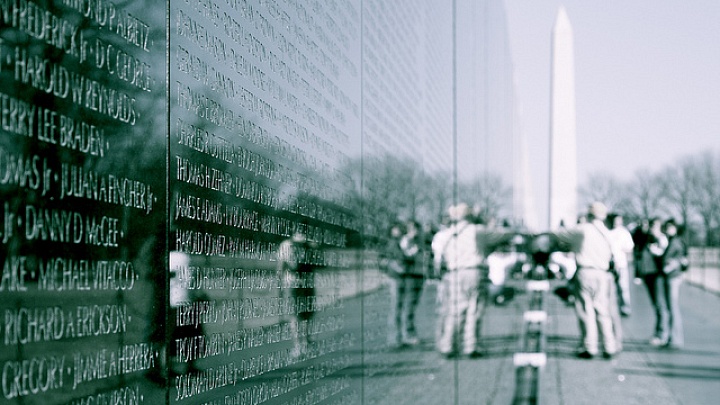 When West Point won the Army-Navy Game of 1964, it fulfilled the dreams of teammates who had suffered defeats at the hands of Navy during every one of their academy years. Their remarkable come-from-behind story was soon followed by the trials of the Vietnam War.

I find the way you tell this story unique. You’ve unfolded it in a series of chapters that weaves together the individual stories of the players as football players, cadets, and military officers, encompassing former-President and West Point football player Dwight Eisenhower, General William Westmoreland, Commandant of the Academy in 1964 and later commander of the U.S. effort in Vietnam, and seven important members of the 1964 team who were all soon to serve as officers in the Vietnam War. It is as much about the game and the camaraderie between these men as players as it is about their different experiences and opinions of the war in Vietnam. How and why did you decide to tell this story and in this way?

The story is structured so that what strikes the reader early on is how winning in football at West Point relates to winning in war.  If the players had followed the path of their fathers’ greatest generation, victory on the football field would have been followed by victory in Vietnam.  The players in Every Army Man Is with You were forced to deal with a war that did not go as planned.  Their triumph was in keeping their dignity and self-discipline when it would have been easy for them to take refuge in cynicism.

The men of the 1964 team hold their different opinions of the war. Some think the war was unwinnable; others feel that America never tried to win; others that the difficulties were down to a lack of political and public support or the adoption of bad tactics. Where these men, who remain friends to this day, unite is having feeling of disillusionment or crises of faith in the military system or even the country that sent them to war. That is a difficult situation for men who are supposed to be the supreme defenders of the country. As you point out, more than twice the number of their fellow Academy graduates left the Army in 1970 after completing their mandatory service obligation than was the usual case. We often hear of the troubles of Vietnam from ‘Great Man’ perspective of history that focuses on presidents, politicians, and generals. What is that we can glean from the experience of these seven men that is missing from the usual story?

What we glean from the seven players who are at the center of the book is how their bonds with each other allowed them to deal with the disappointments of Vietnam.  The trust and love they had for each other withstood the setbacks of the war.  They carried with them a world they believed in because they had experienced it.

Like everyone who fought in Vietnam, the players were forced to realize the failings of the country’s political and military leadership.  But what the players were able to do when they returned to the states was find in their private lives and in their continuing relationships with each other find grounds for building worlds they could live in.  They never saw themselves leading failed lives despite their participation in a war that failed to achieve its stated goals.

Like everyone who fought in Vietnam, the players were forced to realize the failings of the country’s political and military leadership.  They were able to return home to their private lives and in their continuing relationships with each other find grounds for building worlds they could live in.

Today and over the past decade, America has more returning war veterans than it has had since the Vietnam War. Much like the men of the 1964 team and their comrades, veterans of the wars in Afghanistan and Iraq are coming home to a country that is disconnected from what they have been through. How do you think the experience of the Vietnam generation compares to the experience of America’s newest veterans? How are their situations the same or different? How would it be to compare the Army team of 1964 with the team of, say, 2004?

Vietnam anticipates the long, inconclusive war the United States has fought in Iraq and Afghanistan.  But what is different for the players and soldiers I write about is that their Vietnam service was limited to a single year in most cases.  They were not subjected to endless deployments and separations from their families.  As a result, they were not pushed to the point where they lost their bearings.  We are now living in a period where having a volunteer military means a limited number of troops are asked to experience a level of combat that is all too often beyond their endurance.

So after 13 straight Navy victories, do you see any prospect of an Army victory in December 2015?

I fear it is going to take several more years of recruitment for Army to find players equal to Navy’s, but for all three service schools the deeper problem comes from playing football against nationally ranked teams.  In this era of 300-pound linemen it is hard to find cadets at that size agile enough to meet the standards physical standards of the service.  Think, for example, of asking a 300-pound man to run two miles .  What the service academies need to find is a conference, such as the Ivy League, in which they play opponents who are students first and athletes second.

Every Army Man is With You
by Nicolaus Mills
$37; Rowman & Littlefield; 196 pages

Nicolaus Mills is a journalist and professor of American studies at Sarah Lawrence College. His books include Their Last Battle: The Fight for the National World War II Memorial and Winning the Peace: The Marshall Plan and America’s Coming of Age as a Superpower. His writing has appeared in the New York Times, Los Angeles Times, and Boston Globe. He lives in New York City.