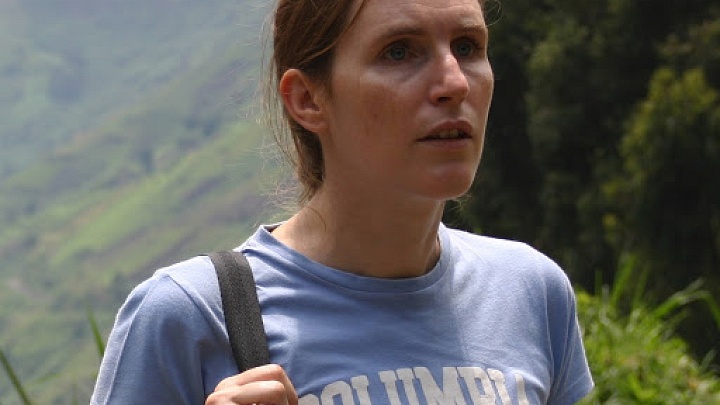 Peaceland: Conflict Resolution and the Everyday Politics of

First, how did you first get involved and interested in peacekeeping as a subject?

I used to work with Doctors Without Borders. I got frustrated at only addressing the consequences of problems rather than the causes.

Describe what you mean by “Peaceland” – which is a play on the term “Aidland” I imagine.

Yes. [University of London anthropologist] Raymond Apthorpe uses ‘Aidland’ to describe the world of international aid workers. They inhabit their own world and, to quote him, have their own time, space and economics. What’s really important is that I don’t work only on peacekeepers, but also on peacebuilders. This includes other UN officials, like those working for UNDP and UNHCR. It also includes donors and diplomats. I study all of the foreigners who go to a country with the official goal of helping this country build peace.

Is the title meant to take a critical lens on this profession? If you only read the title, youd expect a polemic about the scourge of peacekeepers.

It’s not meant to be a polemic. It is a portrait of the world they inhabit. The idea is to show how this world works and how mundane, everyday routines work, in the hope that it will enable people to realize how important everyday practices are. I’m a former intervener, so I’m not trying to be polemical or sarcastic. Really the idea is to describe this world as truthfully as possible.

Your central question is: Why do peacekeeping missions so often fail? We all know some of the usual theories out there – lack of resourcing, poor discipline, and so forth. Others say it’s a selection issue and that UN peacekeepers only select into the most intractable of conflicts. So which is it?

I wish we could say it’s a matter of one thing and one thing only, because then we could fix this one thing and everything would be well. But unfortunately the problem is much more complex. There’s not one big solution. Resources are part of the problem, but there are many other causes. With the book I wanted to identify one cause of the problem that is overlooked, and that is everyday practices.

What do you mean by ‘everyday practices’?

I mean how you work and how you live on the ground on an everyday basis – who you choose to have a drink with after work; what kind of house you live in; what kind of car you drive; whether you advertise your actions; whether you focus on quantifiable results, when you collect info on violence, who you talk to, how you talk to them. [I mean the] mundane elements – how you enforce your own security, how you behave personally I have 300 pages of this in the book.

So if we fix these everyday practices, peacekeeping will be successful?

I’m not saying that peacekeeping will be successful if we do this but rather that if we don’t get this right it won’t be successful. Changing our everyday practices is a necessary but not sufficient condition.

You describe the bunkerization of these forces. Doesn’t the obvious need for security explain some of the boundaries between local people and peacekeepers you mention? Does that hinder peacekeeping?

You need some security but not a bunker. There are two approaches to ensuring your security as an intervener: The first is isolation, which is a military approach; and the second is acceptance. There have been studies showing that acceptance is a better way to ensure your security. By that I mean being accepted by your community – which includes armed groups and power brokers – trying to develop relationships with the community rather than isolating yourself. In some contexts like Somalia, you cannot have a total acceptance approach but in most conflict zones we could use much more of an acceptance approach.

The definition of peace appears unclear. You have this amazing line, While an Indian peacekeeper defined peace as the absence of violence in the area under his purview, a Congolese child argued that it was the possibility to eat to his hearts content. You then mention a few other scholars guideposts for how to judge a peacekeeping mission a success or failure. How do you define peace?

The benchmark I use is whether people on the ground think there is peace or not. Peace is socially constructed. It means something different for different people. It depends on the place, time, what kind of person you are. The very definition of peace is very contentious in conflict zones. It’s different between local and international actors. I define peace as when stakeholders – the local elite, the ordinary people, the interveners, etc. – told me there is peace, according to what peace means for them. And this is something very different from what you or I would define coming from here in the U.S. For instance, one indicator I heard about a couple of weeks ago is not having dogs bark at night. When you are in a small village and dogs bark at night, it means you have people prowling outside. As someone coming from New York City, I would not even have thought about that.

Should we be relying more on local people and programs rather than relying on international solutions to fix peacekeeping?

One of the first drafts of the book made the argument that we should only rely on local people and local solutions. Then I realized that I was wrong: There is an important role for international actors. What we need is not to cancel international peacekeeping efforts but to fix what’s not working. International actors can bring financial and logistic resources, which are extremely important. They can bring expertise. Sometimes situations need external mediators, someone not involved in the conflict.

So regional peacekeepers preferable to international ones?

I originally thought that this was the answer – that we needed ‘African solutions to African problems.’ But the more I talked to people in conflict zones, the more I discovered that regional peacekeepers have the same habits, practices, and narratives as people coming form other parts of the world. What matters is how you go about your work – whether you learn the local language, develop relationships with local stakeholders, and value the knowledge of local people.

How much of the problem is a shortage of resources?

You can have the best-funded initiatives but if your everyday approach is problematic, you will have failure.

But are there success stories out there we should be holding up as a holy grail of sorts for peacekeepers to emulate?

I wish there were a holy grail, then that would make my work much easier! Timor Leste or Burundi are often seen as successes, but even in places labeled as successes we see a lot of problems. For example, in Timor Leste the first thing my interviewees told me is that many of the root causes of violence still remain and it could still erupt into a big crisis. Second, both Timorese people and international interveners told me that the successes that were achieved were actually thanks to Timorese people, not international actors. What I have in my book are isolated initiatives that have been successful. Going back to Congo, you look at programs like those of the Life and Peace Institute in rural areas of South Kivu. They work with