Emma Sky on How to Fix Iraq and Defeat ISIS 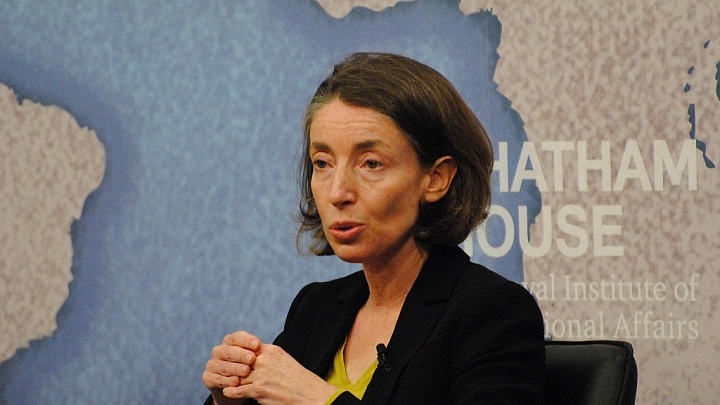 You write that the rise of ISIS in Iraq was not inevitable but a function of failed policies on the part of the Obama administration, especially in 2010. What could we have done differently?

The biggest mistake of the Obama administration was not upholding the right of Iraqiyya, the winning bloc in the 2010 elections, to have a first go at trying to form the government. I do not think that Ayad Allawi, the leader of Iraqiyya, would have been able to form a government with himself as Prime Minister, however I do think that if the US had upheld the process it could have led to Allawi agreeing to share power with Maliki or his agreeing to a third candidate such as Adel Abdul Mehdi of the Supreme Council.

Instead, the US insisted on keeping the incumbent, Maliki, in power, believing that this was the easiest and quickest route to forming the government and that he would allow a follow-on security agreement to keep US troops in Iraq after 2011. But Maliki was deeply unpopular among the elites. Despite US pressure on Iraqiyya they were not willing to agree to Maliki remaining as Prime Minister. In the end, Iran succeeded in pressuring the Sadrists to agree to a second Maliki term, contingent upon no new agreement to keep US troops in country.

The consequences of this policy mistake have been devastating. The opportunity was missed to broker an agreement among the elites, the nascent democratic system was undermined, and an opening was provided for Iran to greatly increase its influence leading to the narrative in the region that the US had ‘lost’ Iraq to Iran.

During his second term, Maliki pursued sectarian policies, pushing Sunni leaders out of the political process, reneging on promises to tribal leaders who had fought against al-Qaeda, and subverting institutions including the security forces. This led to widespread Sunni alienation and created the environment for the rise of ISIS.

How would you grade the new government of Haider Abadi?

Abadi seems to have the will to bring about reforms, but he does not have the capacity. Non-state actors in Iraq today are stronger than the state. Little progress has been made in reconciliation with Sunnis. Abdi is hampered by Shia militias who are fearful that if weapons are given to the Sunnis to fight against the Islamic State, they will use them against the Shia. Iran remains the dominant power propping up the Iraqi government and this makes reconciliation harder.

In a fit of déjà vu, Frederick Kagan and Jack Keane are devising a new surge strategy, much like the one they conjured up in 2007. Is this the right approach?

ISIS can only be defeated by the Sunnis in Iraq. And they will only turn against ISIS when they see it cannot win, that there are better alternatives, and that they are supported by the Iraqi government and the US. But so far, there is little progress in persuading and enabling Sunnis to fight ISIS.

It seems we spent the better part of a decade training Iraqi forces, yet they scrambled at the first sight of an estimated 200 ISIS rebels in Ramadi?

The Iraqi security forces had quickly disintegrated in June 2014 in Mosul as the Islamic State advanced. Although they far outnumbered the Islamic State and had been better equipped, they were poorly led—there was no official chain of command through the Ministry of Defense. Instead, Maliki gave instructions by phone call and text. Maliki had replaced competent officers—who had worked closely with the US military—with people loyal to himself. Corruption was rife. Some had taken the funds meant to buy food for their soldiers. None gave orders to their forces to fight.

With politics in Iraq so contested, it is impossible to build up an effective national army. As we have seen, you can give the Iraqi army lots of equipment and training but the psychology and morale of the force—and its willingness to fight—is deeply affected by the lack of a political agreement on what the nation should be.

We are where we are. What do you think should be the policy of the US government?

Obama needs to bring together Iran, Turkey and Saudi Arabia to hammer out an agreement on how to deal with ISIS and what a post-ISIS Iraq should look like. They need to cajole Iraqi elites into accepting an agreement which sees confederation with Kurdistan, power decentralized in the rest of the country down to the provincial level, and Sunnis recruited on a provincial level to fight against ISIS.

You mentioned Iran. What role should Iranian-backed Shiite militias play in the fight against ISIS?

Shia militias can help protect Baghdad and Shia population centers in order to contain ISIS and prevent it from taking more territory.

The US strategy since the Arab Spring has seemed to be back to one of propping up strongmen like Sisi and Assad (to some extent), and democracy would seem to be on the retreat. Is that an accurate portrayal of regional dimensions?

There is a danger that the only options are viewed in terms of Assad or ISIS; strongman or anarchy. Those are very bad choices, and we have an interest in ensuring those are not the only choices. The massive population displacement and radicalization of young Muslims affects Europe greatly. The majority of people in the Middle East—like people everywhere in the world—want to live in peace with dignity.

How do you foresee the US-Iranian rapprochement, if one can call it that, influencing the regional balance of power?

The US should treat Iran skeptically, but constructively, and convince the Arab states that the US is still their ally. While we might hope that a nuclear deal will lead to Iran becoming a responsible partner in stabilizing the Middle East, there is the risk that with the lifting of sanctions Iran will use its improved economy to further project its power.

The region does not generate its own stability nor resolve its own conflicts. Stability in the region requires a better balance of power, and regional security architecture, which can only be procured by the US guaranteeing ‘balance’.

Are there any conditions you can foresee whereby future historians generations from now look back and say, yes, the 2003 invasion of Iraq was a positive development for the region?

Saddam was a mass murderer. And the region and the West remained quiet when he killed hundreds of thousands of Shia and Kurds. Many in Iraq will always be thankful that Saddam was overthrown, but the Iraq war changed the balance of power in the region in Iran’s favor and triggered regional sectarian war.

The Iraq war did severe damage to US reputation in the world; and affected the will of the US to maintain Pax Americana.

The unintended consequences of the Iraq war are still playing out in Syria, Yemen, Libya and Iraq, as well as in the mobilization of new generations of jihadis.

You now teach at Yale.  What are the main lessons that you believe we should take from the Iraq war?

Firstly, nothing that happened in Iraq after the overthrow of Saddam Hussein in 2003 was pre-ordained. There were different potential futures for the country.

There were hopes of a world without Saddam Hussein and missed opportunities to create a better order. There were unintended consequences of action, as well as non-action: Bush’s efforts to impose democracy, Obama’s detachment. We need to learn the limitations of external actors in foreign lands as well as where we can have influence.

Secondly, its all about ‘their’ politics. We tend to frame things in terms of good buys and bad guys, but really it is all about power struggles. Those we excluded from power sought to bring down the new order; those that we empowered sought to use the country’s resources for their own interests, to subvert the nascent democratic institutions, and to use the security forces we trained and equipped to intimidate their rivals. Iraqis accuse Americans of destroying their country, yet fail to acknowledge their own contributions to Iraq’s unraveling. There was, however, more we could have done to broker an inclusive agreement among the elites and to create a better balance in Iraq and in the region.

Lastly, our civilian leadership needs to be more realistic in the goals it sets and the assumptions it makes and to develop a better overall strategy which sees military means as a tool to achieve political outcomes – and not as an end in itself.

Emma Sky is a current Senior Fellow at Yale Universitys Jackson Institute on Global Affairs, teaching courses on Iraq and Middle Eastern politics. She served as advisor to the Commanding General of US Forces in Iraq from 2007-2010.

Wheres the Courage of our China Conviction?