Are We at our Norman Angell Moment with China? 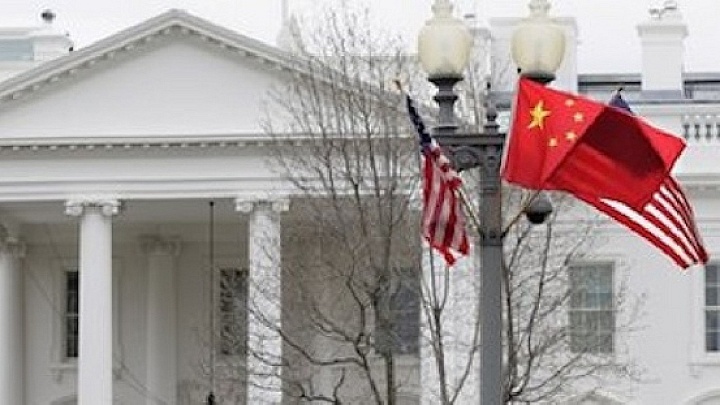 Christopher Cokers new book, The Improbable War: China, The United States and Logic of Great Power Conflict, opens with a discussion of the parallels between the turn of the 20th century and today. We caught up with the London School of Economics professor to discuss U.S.-Chinese relations, theories of international relations, and the meaning of Chinese Exceptionalism.

You bring up Norman Angell’s The Great Illusion and how he was misinterpreted.  But are we in a similar position as pre-1914 Europe? Should we be comparing illiberal Germany to illiberal China today? If so, what the main lessons we should learn from that era?

At the Davos Conference in January 2014, Prime Minister Abe warned the international community that war between Japan and China was not as improbable as many thought.  He did not say it was inevitable, or even likely, but he warned that if the world continued to think it ‘improbable’ then they would be making the same mistakes that Europe made in 1914.  This is the principal lesson to be learned from the crisis that led to a European war.

Do you believe the US is in decline, or is China ascendant? Or is it both?

China is certainly in the ascendant.  It has enjoyed the largest economic growth in history and has secured the position it last held in 1820 as the world’s largest economic power.  Whether the United States is in absolute or relative decline is of course the question.  The US has certain advantages in geopolitical position; 3-D printing; shale oil (probably exaggerated); immigration etc. that gives it unique advantages, together with a democratic system that should make it more resilient.  Nevertheless, there is a perception of decline in the US political elite and what is more the decline is often attributed to the rise of China (as America’s so-called ‘decline’ in the 1980s was attributed to Japan).

We always discuss American Exceptionalism and the American Dream. What’s the Chinese Dream, both at the individual and at the state level?

No one, including the Chinese, know what the Chinese Dream actually amounts to.  Is it neo-Confucian?  Both China and the US claim to be ‘exceptional’ powers, though the ‘myth’ of American exceptionalism is becoming more difficult to sustain.  China is on the rise but we don’t know the trajectory.  We rely on trend analysis and trends are of dubious value: they don’t tell us the speed, end point, or help us to identify the outliers – the counter-trends that may be more important.  If China has a dream it is not sharing it with anyone which is hardly surprising.  Seventeen different agencies have been identified that help formulate Chinese foreign policy.  In the end, America still lives on in the imagination of other countries; China doesn’t live in the imagination of anyone else.

You talk a lot about norms. We think of liberalism as an embedded norm that defines the international order. But Chinese scholars may prefer, say, Confucian norms to undergird the system. Are these two worldviews incompatible in the long run? Are we bound to bend, at least somewhat, toward a different normative order, one more in the make of Chinese aspirations and values?

The American social imaginary is liberal internationalist.  It is universal and predicated on the belief that what is true for America should be true for everyone else.  China’s social imaginary is communitarian: it is grounded in the idea that culture really matters; that we are all tribal; that our identities are derived from historical myths, and national narratives.  There is now a school called Cultural Nativism that even suggests that Western sinologists are not best placed to understand Chinese culture.  In essence, Chinese culture is incomprehensible to everyone else in the world.  This is all part of a ‘cultural turn’ against Western universalism, to be found in Russia and other countries as well.  The Chinese talk about a ‘fairer’ international order but have so far not spelled out the reforms they would like to see.  The debate, however, has only just begun.

You also write that “we are placing far too many bets on rational choice.” Can you explain what you mean, with respects to avoiding confrontation with China?

In 1914 the European’s went to war believing themselves to be the most rational civilisation that had ever existed.  They soon found that being rational and reasonable are totally different things.  Some of the main decision-makers, especially in Germany, were fatalistic about Germany’s prospects of success, but still felt war was ‘necessary’.  As Daniel Kahneman argues, we all try to be rational but we’re not very intelligent; we don’t always grasp what is in our real best interests.  And we all take mental shortcuts: when a situation proves insoluble, we like to short-circuit the decision-making process: such as going to war.  Economists in their emphasis on homo economicus place too much emphasis on rational choice, and too little on the destabilizing elements that we’ve identified for years such as ‘cognitive dissonance’ and ‘confirmation bias’ that are a mainstay of foreign policy analysis.  Countries stumble into wars; they rarely plan them in advance.

Put on your political scientist hat for a second – do the theories we learned in International Relations 101 apply with respects to US-Chinese relations today? Here I’m thinking of power-transition theory, or offensive realism’s calls for the US to become an “offshore balancer.”

One of the prevailing schools of international relations is ‘Offensive Realism’.  Another, of course, is social constructivism.  Both could be used – and have – to explain why conflicts between Great Powers break out.  In my own work I prefer broader historical themes, such as that of the ‘dominant power’ (the hegemonic, or semi-hegemonic power that ‘manages’ the international system, and is required by others to enforce the ‘rules of the road’).  The UK was such a power in the nineteenth century but was increasingly unable to fulfil this role after 1870.  The United States still has the power to do so, but perhaps lacks the will (‘leading from behind’).  The problem is that if the US is the dominant power, its intervention is necessary but no longer sufficient, to achieve very much.  That is why it is not trying to contain China, but to engage it as a ‘stakeholder’.  The Chinese don’t always see the difference.  America’s opposition to the Asia Development Bank is seen as a clear containment strategy.

So in a nutshell, what is the one thing that might set off a war with China?

If China thinks that it is being boxed in and denied the historical role that it has played for 700 years prior to the First Opium War in 1840, then it will hit back.  The US also perceives that China’s long-term ambition is to deny it a role in East Asia, and to drive its navy back to Pearl Harbor where the American Century began in 1941.  For the United States this would be unacceptable.

So then is the 21st century bound to be the “Asian century”?

Only the West talks in terms of Asian or Pacific Centuries.  It is an Hegelian idea: the belief that history moves West, beginning with China 3000 years ago, and encompassing the British and American Centuries.  If history does move West, then of course it will continue to do so.  This was the great fear about Japan’s rise in the 1980s. But it is a historical narrative that is not told by the Chinese.  China is likely to remain a regional power, though a global actor.  It doesn’t see itself, as does the United States, as an ‘agent’ of history.  It sees itself only as a historical actor and it has no desire to export its values to the rest of the world.  We are likely to see a return to genuine multi-polarity.  There will be no more Super Powers, and no more Centuries patented by any particular state.  The very idea of a ‘Century’ may be seen quite soon as a reflection of the very brief Western moment in history.

How would you rate Obama’s foreign policy, with respects to managing US-Chinese relations?

Obama has been no more successful than his predecessors in crafting a coherent strategy to deal with China.  Since the Clinton Administration the US has told itself several conflicting stories: China is a ‘stakeholder’; a partner in the global war on terror; a country that needs to be confronted, if not contained (the pivot towards Asia); something of a predictable and even dangerous state (cyber-espionage has now gone to the top of the agenda whenever the US and Chinese leaders meet).  On the other hand, the Chinese also show what Edward Luttwak calls ‘strategic autism’ – they attribute to the US what they would do themselves in America’s position; they have only one ally (North Korea); they have difficulty making friends; they don’t network power as does the United States.  Both powers, in short, have difficulty ‘managing’ relations between each other.  Add to that Halford Mackinder’s claim that democracies are incapable of strategic thinking until war breaks out (when it is often too late) and we have a combustible situation.  We’ll have to see whether the next American administration has any more luck.

Christopher Coker is Professor of International Relations at the London School of Economics. He is the author of Can War Be Eliminated? (Polity 2014). We last interviewed in summer 2014.

How to Avoid Future Hadithas

Meeting the Unforeseen: The Need for More ...