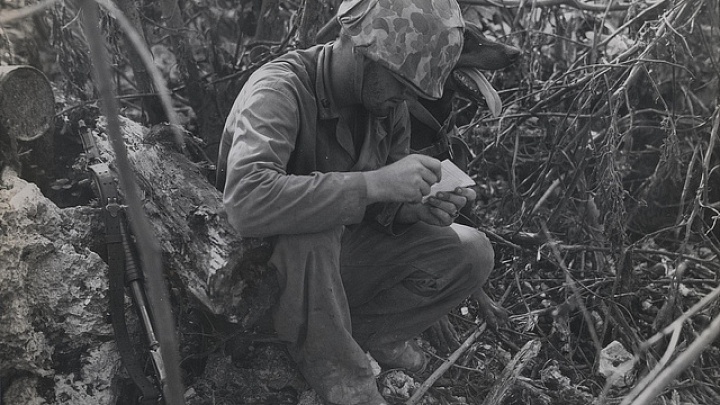 All things war for the first week of February, 2015.

Ashton (“Ash”) Carter admitted in his confirmation hearings that al Nusra front and ISIS wanted to strike us here at the homeland. That we may have a cyber Pearl Harbor. You get the idea of the overall takeaway message from the hearings – hunker in your basements because Al-Baghdadi’s cousin probably lives next door.

And while most respectable media reported about Jordan striking ISIS targets in Syria and Iraq, a significant escalation in a war that could engulf the region, American media like CNN were debating a more pertinent question: Was Brian Williams aboard that helicopter in Iraq downed by RPG fire over ten years ago?

The commander of U.S. Forces-Afghanistan backtracked from a decision that would have classified data on U.S. security and reconstruction efforts in Afghanistan that has been publicly available for the previous six years after objections from the Special Inspector General for Afghan Reconstruction(SIGAR). Gen. John Campbell had claimed the information could harm Afghan security forces operations. The SIGAR argued that the information is a vital tool for the American public to evaluate the outcome of American reconstruction efforts in Afghanistan. Genuine concern for OPSEC or coverup? Let your politics guide you.

Spies of New York: Jeffrey Sterling, a CIA officer during in the 1990s involved in a deception plan to pass Iran false nuclear plans through a Russian scientist, was found guilty of violating the Espionage Act by passing secrets to the New York Times. Also in New York, a Russian citizen working in the financial sector was charged with attempting to collect economic intelligence on the U.S. for Russian intelligence. The man admitted he was disappointed by the lack of exciting espionage, cool cover names, or dangerous gadgets.

Argentine President Cristina Fernandez de Kirchner has promised major restructuring of the nation’s intelligence service after the apparent murder of a prosecutor, Alberto Nisman, who had accused the President of purposely slowing his investigation into the bombing of a Jewish center in 1994. Nisman was due to present his findings in court in the coming days. The President has claimed the prosecutor was being fed false information by the intelligence service in an attempt to undermine her. It has been reported that a draft of an arrest warrant for the President was found in Nismans home.

Heavy fighting returned to the eastern Ukrainian cities of Mariupol and around the Donetsk Airport. Russian President Vladimir Putin continues to point fingers at NATO, which he claims is giving major support to Ukrainian forces, while denying apparent Russian support for pro-Russia separatists. There has been renewed discussion in the Obama administration of increasing efforts to arm, train, and support Ukrainian forces. The United States and some European countries have called for new sanctions against Russia. Others (specifically Greece’s new Syriza government) have called for sanctions to be softened. But Putin should have taken his ball and gone home long ago, right?

In related news, a 2008 Pentagon report suggested that Putin has Asperger’s Syndrome.

Horrified at the grisly killing of one of its pilots, Jordan’s King Abdullah, who is trained as a pilot, will personally fly sorties over ISIS targets. Or not. But there will be pictures for sure.

Our relationship with Saudi Arabia keeps pivoting between awkward and extremely awkward. The White House’s effusive eulogies of Saudi Arabia’s King Abdullah Bin Abdul-Aziz sounded as if Mother Teresa had passed, not an Arab autocrat. “At home,” gushed President Obama, “King Abdullahs vision was dedicated to the education of his people and to greater engagement with the world.” “He was so proud of the Kingdom’s journey,” added John Kerry, “a brave partner in fighting violent extremism who proved just as important as a proponent of peace.” Obama even cut short his trip to India, arguably one of the most important bilateral relationships we’ll have with a country in the 21st century, to pay his respects to the late king in person. In case our love of His Majesty was unclear, Obama’s chairman of the Joint Chiefs of Staff just announced a research and essay competition hosted by the National Defense University to honor the fallen king.

Then this happened: New accusations surfaced that the Saudis have been funding terrorist groups aimed at attacking the United States throughout the 1980s and 1990s, including, drum roll please, Prince Salman Bin Abdulaziz al-Saud, who is the new king. By at least one count, there have been four attempts to declassify parts of the 9/11 Commission Report that detail Saudi involvement in funding terrorism prior to 9/11 (or why well-connected Saudis, including relatives of OBL, were allowed to fly out of the United States despite all flights being supposedly grounded immediately after 9/11 attacks). To honor the new king, who may be one of radical Islam’s biggest funders, we here at Cicero would like to commission an essay-writing contest on the awkwardness of this alliance.

Kurdish forces have declared victory in their fight, supported by U.S. airstrikes, to drive ISIS forces out of Kobane, a Syrian town on the border with Turkey. ISIS claims the fight is not over yet. They are not know for their accuracy in reporting.

Hezbollah and Israel exchanged rocket and missile fire across the Lebanese border. Two Israeli soldiers were killed along with one UN peacekeeper. Both sides were careful not to escalate tensions further.

In Egypt, government forces battling an Islamist insurgency in Sinai were attacked along the border with the Palestinian Territories. The government blames Hamas, which has denied the charges. Tension remains high after the previous week in which 30 Egyptian security personnel were killed in Sinai in coordinated attacks by an ISIS-linked group. A bombing in Alexandria killed one man and two more bombs were discovered at the Cairo airport.

Fighting continues between rival factions in Libya over the country’s largest oil port at Es Sider.

Japan’s Prime Minister Shinzo Abe has promised “to make the terrorists pay the price” after ISISmilitants posted a video showing the murder of a Japanese journalist. Though such promises are common in the U.S. and Europe, it is the first such statement coming from a largely passive Japan. There has been much discussion among the Japanese public and security establishment that the incident and Prime Minister’s remarks could mark a change in attitude and position for the country.

North Korean pilots have again vowed to use suicide attacks. Reports in 2013 also surfaced of North Korean troops wearing backpacks with nuclear insignia, suggesting they might be suicide pilots. Look for this (probably fake) news story to resurface in 2017.

African countries lose an estimated $60 billion a year, according to the Wall Street Journal, while the US AFRICOM commander has called for a “huge” COIN campaign in West Africa. Get it?

Violence continued in Nigeria after a car bombing at a rally for President Goodluck Jonathan in Gombe killed one and injured 18. There were no immediate claims, but Boko Haram is considered the likely perpetrator. Tensions are high in the country in the run-up to a highly contested presidential election on February 14. Cameroon, which has seen a surge of cross-border violence by Boko Haram militants, has zero faith in the Nigerian military. This has harmed the ability to create a multilateral defensive force to fight Boko Haram. Instead, Cameroon forces have crossed into Nigeria and shown some signs of success.

In South Sudan, government and rebel forces signed another ceasefire in a 15-month conflict. It is reported that the agreement includes how the two factions’ leaders would share rule, with President Salva Kiir remaining and rebel leader Riek Machar becoming vice-president.

French troops in Mali engaged with and killed around a dozen Islamist Tuareg rebels in an area between Boureissa and Abeissa. Around 3,000 French troops and 10,000 UN peacekeepers remain deployed to Mali to continue battling an Islamist insurgency.