War in the Eyes of an Engineer 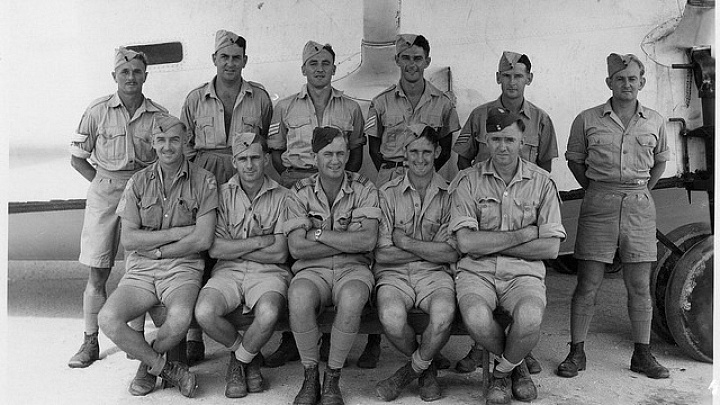 Amid the remarkable rise of China, a great deal of analysis, theory, technology, and planning has been generated within the United States defense establishment relating to potential future security challenges in the Pacific. From area access/area denial (A2AD) concepts like Air-Sea Battle, to the current National Security Strategy’s calls for more Asian venues for multilateral discussion, seemingly every aspect of the future U.S. role in the region, militarily and otherwise, has been accounted for.

One space that has not been sufficiently mined for its translatable lessons, however, is the critically important role of engineer support in the vast, geographically diverse operating environment of the Pacific. Looking to previous conflicts as one source of inspiration, one can draw a number of useful lessons from the background and performance of General Douglas MacArthur’s chief engineer, Major General Hugh J. Casey, amid the grueling fight in that theater during WWII. As history records, Casey’s performance in support of a campaign that MacArthur repeatedly referred to as an “Engineer’s war” was undoubtedly superb.

Current doctrinal publications like Army Doctrinal Reference Pamphlet 3-0 (Unified Land Operations) emphasize the linkage between the fruits of educational preparation (creativity and abstract thinking among them) and operational success, something that Casey would have undoubtedly appreciated, notwithstanding the Army’s emphasis on tactics over education over much of his career. Today, doctrine explicitly demands that commanders and staffs employ “skill, knowledge, experience, creativity, and judgment” in pursuit of objectives, attributes instilled through a rounded and experiential approach to leader development. For Casey, already a Doctor of Engineering before his promotion to major, the education and experience accrued prior to the fateful call from Douglas MacArthur served as an ideal preparation for the chaos of the Pacific campaign.

In 1940, Casey was assigned as a section chief at the Office of the Quartermaster General, a billet that managed the Army’s design and construction of standardized structures, building sections, and steel members amid the national preparation for war. In that capacity, he worked with a group of other hand-picked military engineers, among whom reigned a strong spirit of adaptation necessitated by the national shortage of building supplies. As the official Army history of the period notes, “By working together, exchanging ideas, and considering problems from different angles, members of the construction team were able to cope with the shortage.”  Drawing upon his service experience conducting testing in a lab environment on various building materials, his Ph.D.-level understanding of structural engineering, and experiences in the resource-scarce areas of the Philippines, Casey was able to apply adaptive solutions on a vast scale. In one instance, Casey’s redesign of storage buildings-known due to their shape as “igloos”-saved between $1000 and $2000 dollars per unit on a design used tens of thousands of times during the war. Thus, before the U.S. even entered the war, the team’s efforts had served a critically important role in balancing the necessities of future wartime construction with the constraints imposed by cost, industrial capacity, and material shortages. Then, as today, personal skill, knowledge, experience, creativity, and judgment were essential factors in leading innovation.

Casey’s mental dexterity continued once the U.S. entered the conflict and he was placed in a position of great responsibility. While directing overall engineering support of the perennially short-supplied Pacific force, Casey’s mastery of adaptation and resourcefulness again proved key (as did, presumably, his experience designing the world’s largest office building on a moment’s notice). As the official history records, Casey was a one-man design team in the Philippines, churning out “Casey Cookies”, “Casey Coffins”, and “Casey Dynamiters”: improvised hand grenades, anti-tank mines, and retrained civil engineers-turned-sappers, respectively. When critically important Landing Craft Mechanized (LCMs) proved too large to be efficiently transported to amphibious units, Casey designed a clever plan to disassemble them before shipping, and reassemble them at the point of debarkation.

“Nothing takes that place of personal reconnaissance.”

Today, were a major theater war (MTW) to occur amid U.S. obligations elsewhere, materiel constraints caused by enemy sea denial tactics would likely demand a similarly adaptive approach. Alarmingly, a recent analysis of such a hypothetical scenario found that for the U.S., “Despite prepositioning significant quantities of equipment and war materiel ashore and at sea, there were reasons to believe that the force’s logistical and sustainment capabilities could not meet the demands of two nearly simultaneous MTWs.” Paradoxically, potentially exacerbating this sustainment challenge is the relative predictability of material support that has been enjoyed by tomorrow’s leaders as they rotated in and out of recent combat deployments, thus diminishing to some degree the impetus for creative thinking. Surely, potential future operating environments in places as dynamic as the Asia-Pacific region will not be so predictable. From an academic standpoint, an additional obstacle to innovative thinking has been presented by a generation of officers has been forced to trade professional military education (PME) for combat deployments. Despite the inarguable utility of the latter, PME is fundamentally intended to be the sort of place where skill, knowledge, experience, creativity, and judgment coalesce to form the tools necessary to adapt and overcome in complex environments.

In addition to his demonstrated ability to overcome inherent challenges imposed by the nature of operations in the theater, Casey’s personal leadership in command was stellar as well, earning him the Distinguished Service Cross and the Silver Star, among other accolades. One overriding attribute distinguished his style: personal commitment. In the annals of Army leadership, the value of getting “eyes on the objective” is an undisputed commandment of planning, and one that persists no matter the scale of the operation. For General Casey, attaining that advantage meant personally exposing himself to the dangers of Japanese-occupied Papua New Guinea in the service of reconnoitering MacArthur’s plan of attack. Despite being a flag officer, Casey knew that the challenging terrain, unreliable maps of the area, and the second hand nature of his subordinates’ estimates would prove an unacceptable substitute for surveying the terrain himself. Thus, he acted accordingly.

Remarkably, Casey’s experience in Papua New Guinea wasn’t his first time personally conducting reconnaissance on MacArthur’s behalf in the Pacific. In 1937, he had waded in the waist-deep waters of the Philippines’ Agno River in an effort to identify potential hydroelectric projects for the U.S. Army Corps of Engineers, an experience that meant, in his own words, that “I probably covered on foot more of the Philippines than certainly any other American and more so, I think, than most Filipinos.” Undoubtedly a useful experience from which to draw in crafting the scheme of engineering support to an audacious and fast-moving island hopping campaign across that same territory. Arguably in fact, Casey had been afforded, and had sought out, the ideal mix of preparatory experiences for his eventual wartime billet.

Today, the value of achieving mastery of the terrain endures. Despite the siren song of technology that permeates all phases of war, however, technological tools cannot be considered a failsafe in pursuit of this goal. In fact, as Max Boot has pointed out, U.S. reliance on technology and enemy attempts to mitigate it come together in direct correlation. In just one example, the United States’ persistent ISR capabilities have seemingly plateaued, while counter-ISR capabilities such as China’s recently unveiled anti-drone laser system, are on the rise. As such, it is wise to remain mindful of Casey’s personal commitment to observing, analyzing, and ultimately mastering the geography of the operating environment, while proceeding in a way that utilizes technology in a balanced way. Despite the conveniences afforded by modern equipment, Casey’s reflection on the importance of personal “feel” when supporting large scale ground combat operations has never lost its significance: “Nothing takes that place of personal reconnaissance.”

Useful words, but just one aspect of the kind of highly intuitive, creative, and ambitious leader necessary to sketch the shape of victory in an unprecedented world.