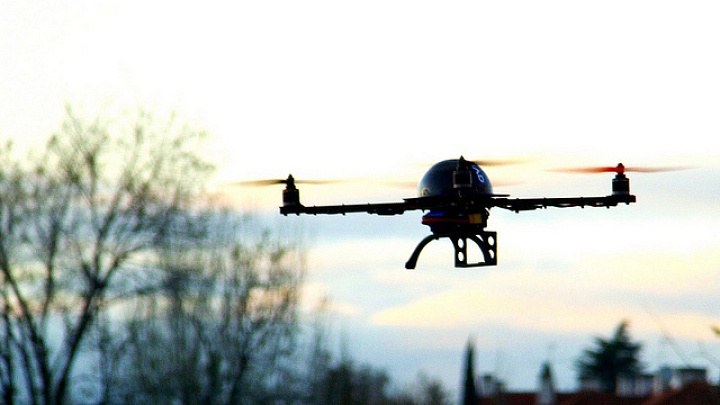 As U.S. airpower returns to Iraq and spreads to Syria in the fight against ISIS, the utility of air assets in urban areas should be revisited. Despite the wealth of literature on the topic within U.S. military circles in the late 1990s and early 2000s, the lessons and technology developed during and since the Iraq War have been poorly covered with reference to this question. Consequently, the experience from engagements including Fallujah I and II (2004), Mosul (2004) and Sadr City (2008), and the Iraq War more broadly, as well as the developments surrounding this technology in the last ten years has been neglected. Despite becoming a flavor of the month in military circles  because of their tactical capabilities and ethical implications, UAVs remain an understudied subject with regards to what can be achieved from the perspective of the challenging battlespace that is urban warfare.

Historically, aircraft have faced numerous practical and resulting political issues in operating in dense urban landscapes. To name a few: Deploying munitions safely and effectively; delivering accurate and timely intelligence, surveillance, and reconnaissance (ISR); being deployed safely with regards to aircrew; and airpower working as part of a joint force. These practical issues in turn create political issues from collateral damage – noncombatant and structural – as well as from the deaths of U.S. servicemen due to enemy and friendly fire. While the latter places pressure on the U.S. military from the public, the former creates local, domestic, and international pressure to restrict airpower’s rules of engagement so as to cease violations of the Law of Armed Conflict.

With regards to deploying munitions safely and effectively, the U.S. has historically faced issues in procuring and utilizing a suitable array of precision-guided munitions (PGMs) in dense urban landscapes. On the one hand, utilizing large bombs can create substantial levels of collateral damage for the urban landscape and its inhabitants; on the other, this may result in fratricide for the U.S. military, especially when opponents ‘hug’ U.S. troops. In Fallujah in 2004 for instance, one veteran noted that the skyline of the city resembled the setting of a Godzilla movie, such was the destruction from aircraft. Furthermore, due to the proximity of fighting in Mogadishu in 1993, Rangers were forced to expose themselves to enemy fire so as to mark their positions for strafing “Little Bird” helicopters.

The proliferation of UAVs within the U.S. military has enabled airpower to play a much more dominant role in urban warfare. With such technology, however, comes new issues.

It is difficult to affirm that UAVs such as the Predator, Reaper, or Gray Eagle carry highly accurate munitions for urban warfare, improving upon these practical and political issues. The Hellfire missile, for instance, has a blast radius of 20 meters and shrapnel can be propelled over a much greater distance. Whilst the “Romeo” Hellfire II missile has entered service over concerns of the Hellfire, doubts still remain regarding its accuracy, especially when the density of an urban metropolis, such as Baghdad or Fallujah, is taken into consideration. As Israel demonstrated this summer in Gaza, the truly ”smart” bomb remains as elusive as the silver bullet. Even with accurate intelligence, surveillance, and reconnaissance (ISR) and precision-guided munitions, the likelihood of airpower causing collateral damage, let alone fratricide, remains relatively high.

Previously, a second major issue for airpower in urban warfare was in delivering accurate and timely ISR for commanders and troops on the ground. Insurgents defending urban landscapes were  familiar with the area they are defending, unlike the assaulting forces. As a result, ISR is crucial to mitigate this disadvantage for U.S. forces. Infamously for the U.S. military in the Battle of Mogadishu, the Navy’s Orion surveillance plane was poorly integrated with the Army. As a result, when a Humvee convoy was sent to rescue the crew of the first downed Black Hawk helicopter in the center of Mogadishu, ISR from the Orion was too slow to effectively direct the convoy, prolonging the operation and endangering the lives of U.S. servicemen.

UAV technology has done much to reverse this crippling problem endemic in the fast-paced nature of urban warfare. In addition to general advances in ISR technology which have facilitated closer integration between ISR assets and troops and commanders, UAVs hold numerous advantages over manned aircraft from the perspective of ISR. Indeed, the ISR technology on the Predator and Reaper costs more than the actual UAVs themselves. Such ISR technology is so powerful that it can read a vehicle’s licence plate from two miles away. Furthermore, due to the relatively low-tech propeller design of these UAVs, they are able to hover above urban battle zones at high altitudes almost undetected, with long flight times and air-to-air refueling ensuring that UAVs can stalk a target almost indefinitely. Such technology was put to good use in Sadr City in 2008 when Shadow and Predator UAVs expertly stalked and eliminated Mahdi Army rocket teams which were harassing the diplomatic Green Zone of Baghdad. As a result, while unwanted casualties from munitions may forever be a problem, improved ISR from UAVs has aided in mitigating this urban warfare issue.

The third major issue for airpower in urban warfare has been the risk to aircrew in this environment. Despite attackers generally establishing control of the air in asymmetric urban warfare, in performing strafing missions, low-level ISR collection, med-evacs or other roles, aircraft expose themselves to weaponry such as small-arms, RPGs and MANPADS. This was vividly demonstrated in Mogadishu with the downing of two Black Hawk helicopters by RPGs, with the resulting effort to rescue the crews leading to the death and maiming of almost one hundred US servicemen. As a result of this costly tactical success, the US mission in Somalia was cut short by President Clinton. Especially in wars of choice, the need to avoid such casualties is vital for the US.

Clearly, UAVs by their very nature take this danger out of the equation for urban warfare. UAV controllers and ISR analysts sit hundreds, if not thousands of miles away in the safety of military compounds. Whilst the aircraft may still be in danger, the potential political repercussions from the death of U.S. servicemembers is no longer relevant. Even the aircraft itself is generally much more expendable. Whilst UAVs such as Global Hawk may carry a price tag similar to manned aircraft, UAVs such as Predator and Reaper are much cheaper. Indeed, the cost of one F-22 is roughly equivalent to the cost of eighty-five Predators.

The fourth issue is the role of airpower in joint forces conducting urban operations. Historic problems abound regarding the integration of different aspect of militaries in the confusing landscape of densely-populated cities. This was especially an issue for airpower in Russia’s disastrous 1994-5 Battle of Grozny, in which three different ministries had forces engaged in Grozny and coordinated appallingly. For example, a helicopter from one ministry accidentally attacked the headquarters of Internal Affairs. In another instance, aircraft destroyed the five lead vehicles of the 104th Russian Airborne Division. At the outset of the Iraq War, a similar friendly fire incident happened in An Nasiriyah, in which up to ten marines were killed by fire from two A-10s piloted by men of the Pennsylvania Air National Guard.

With the experience of Iraq, major concerns of “jointness” have largely faded away with regards to airpower in urban warfare. As the head of the Joint Chiefs of Staff, General Martin Dempsey, noted in a Foreign Affairs article last year, “The armed forces have made enormous strides towards true jointness” over the last decade. However, a more interesting and potentially troublesome issue regarding jointness is that the lack of a U.S. Air Force monopoly over UAVs has opened the door for the relative redundancy of joint forces in urban warfare. Obviously, necessity may always prelude working as a joint force. However, with the U.S. Army having its own Predator/Reaper-like technology in the Gray Eagle, as well as numerous smaller and unarmed UAVs, such as Shadow and the hand-launched Raven, all the bases of tactical and operational air support in urban warfare are covered, rendering joint forces potentially unnecessary in urban warfare.

As a result, it is evident that the proliferation of UAVs within the U.S. military has enabled airpower to play a much more dominant role in urban warfare. With such technology, however, comes new issues. As Peter Singer identified, the new ISR capabilities of UAVs has produced the modern “tactical general”, in that commanders dedicate too much time to managing tactical engagements, neglecting operational and strategic considerations. At the same time, a report by Bradley T. Hoagland for the Brookings Institution revealed how the standards of UAV operators are deficient, with recruits generally being taken with marks on their record or finishing in the bottom half of their class. UAVs are effectively seen as a dead-end career path. From the perspective of the complex and fast paced nature of urban warfare, both of these issues for airpower need addressing, having the potential to undo many of the advantages UAVs deliver.

Ultimately, UAVs are not a magic bullet. In real terms, however, there is simply no easy fix to the complex nature of urban warfare – it is a powder keg of practical and resulting political issues. This being said, it is clear that UAVs have enabled airpower to play a more active role in this environment. To differing degrees based upon political context, urban warfare will always require a ground element. This may clearly be seen in the battles of Fallujah in 2004, when US forces rooted out insurgents house-by-house. However, at the other end of the spectrum, Sadr City in 2008 proved how airpower – specifically UAVs – could take the lead in urban warfare if operational objectives stopped short of physically controlling the ground through an ISR-intensive approach.

In the air war against ISIS in Iraq and Syria, control of urban centers such as Mosul and Tikrit will be a vital element. While airpower may still be a controversial asset to utilize in such battle zones due to the practical and political consequences of their utilization, it is clear that airpower can act more cleanly and effectively in urban warfare with developments in UAV technology over the previous decade.

Peter Storey is a graduate of the University of Sheffield and holds a Masters degree in Intelligence and Strategic Studies from Aberystwyth University, UK. He focuses on asymmetrical warfare, Afghanistan, and terrorism.

To Defeat ISIS, Change the Balance on ...

The Lows and Highs of Life Aboard ...