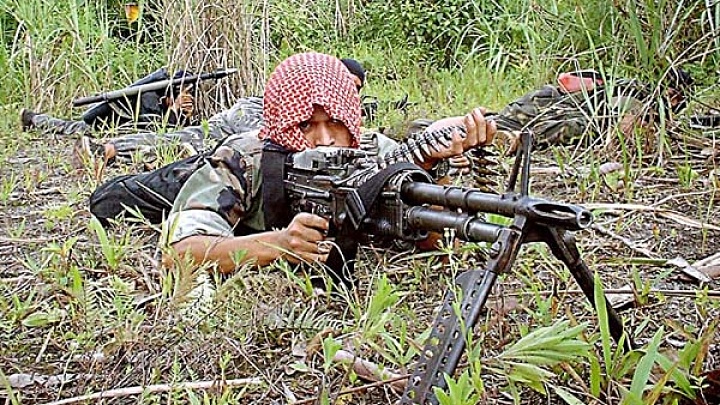 Ender’s Game is a fantastic novel. One of its most powerful moments comes during a schoolyard fight, when the protagonist decides to defeat the local bully so savagely that the bully, and more importantly the bully’s friends, will never want to fight him again. Ender’s thought process demonstrates not only a disturbing degree of ruthlessness for a child, but also a valuable lesson for military leaders. If militaries do not eliminate their enemy’s engine for growth and innovation, they can accidentally force them to adapt, creating a more dangerous enemy they must defeat later.

War in a Petri Dish

Systems or populations that experience non-lethal shocks can adapt, coming out of the experience more prepared to meet similar challenges in the future. Alexander Fleming discovered antibiotics in 1928. They were introduced to the world in 1944 with sensational success. Dangerous surgical procedures that often resulted in death by infection became routine and fatal childhood diseases became mere inconveniences. But bacteria with natural resistance to antibiotics quickly emerged. In 1952, Joshua and Esther Lederberg discovered that when they exposed a petri dish of bacteria of which one percent was naturally resistant to antibiotics, the resistant bacteria came to dominate the population. Since their inception, numerous antibiotic-resistant bacteria have evolved, caused in part by patients who do not finish their prescriptions, insufficiently weakening the bacteria’s population for the immune system to wipe it out completely. The use of medicine evolved bacteria able to resist it.

Systems adapt in at least two ways. The first is natural selection. As described in the bacteria example above, when a particular challenge kills part of the population, those with the characteristics that enable them to survive come to dominate it. This is survival of the fittest. The second is individual adaptation. In the bacteria example, the organisms involved are too simple to significantly change in response to their environment. Other, more complex organisms can. More advanced agents can adapt at the individual level, such as when soldiers develop new techniques to challenge enemy tactics.

Human organizations and populations undergo natural selection and individual adaptation just as much as any other system. Radical Islamist groups, for example, were originally problems for governments in Muslim countries. After conflicts with expeditionary, industrialized militaries, they have become global threats.

The USSR invaded Afghanistan in 1979 to prevent an ailing and mismanaged communist government from letting the country fall into chaos. In reply, many Islamist networks proclaimed a call to jihad. Some Muslims believed that because the Soviets invaded dar el-Islam, Muslims everywhere had an obligation to respond. The United States, Saudi Arabia, Pakistan, and numerous others funneled resources to some of the Islamist groups, providing the wherewithal to resist the Soviets. These Mujahedeen fought the Soviets until their withdrawal in 1989, when the Mujahedeen transitioned to fighting each other and terrorizing Afghan civilians. Eventually, a group of foreign fighters, hardened by their experiences, developed the Far Enemy ideology.

It is tempting to weaken opponents just enough to keep them from accomplishing their goals, but that leaves their ability to return in a more dangerous form intact.

The Russo-Afghan War served as a crucible for Islamist terrorist groups. Mujahedeen learned how to fight an industrialized military that could bring massively greater resources and combat power to bear. The Soviets’ advantages forced the Mujahedeen to develop effective organizational structures, the ability to train tactics and techniques, recruiting methods, and international logistics. The Soviets adversaries wiped out the organizations incapable of these adaptations. Some of the groups formed in the Afghan crucible, such as al Qaeda, continue to plague the world today.

Jihadi groups underwent a similar experience during Operation Iraqi Freedom. After the United States invaded Iraq and issued an invitation to insurgents and terrorists to “bring ‘em on,” another successful call for jihad occurred. Small groups of fighters from across the world joined Iraqi elements in a fight against Coalition Forces. The fighters unintentionally trained against a fantastic opposing force (OPFOR), forcing the surviving groups to display an impressive degree of innovation. While Al Qaeda in Iraq (AQI), the Mahdi Army, and a variety of other groups were severely degraded or pacified by a combination of U.S. military efforts, internecine fighting, and diplomacy, there is no doubt they were more effective fighting forces in 2012 than 2003. Some of these groups fought in the Syrian Civil War, and now fight as part of the Islamic State against the government of Iraq.

The two examples above are easy to identify because they relate to current threats. But history is replete with the unintended consequences of war. Napoleonic France’s victory over the Prussians in 1806 awoke Prussian nationalism. Prussia’s military reformed into the far more effective force that humiliated France less than 60 years later, and did far worse in the twentieth century. The Vietnamese communists learned many hard-fought lessons fighting the French during the First Indochina War, many of which they brought to bear against the United States just a few years later.

It is tempting to weaken opponents just enough to keep them from accomplishing their goals. But that leaves their ability to return in a more dangerous form intact, such as Germany following World War One. The answer is not to focus on utterly destroying enemy forces. Instead, armies must look deeper and destroy their engine for growth and adaptation. This is particularly true for campaigns against non-state actors. They are often more adaptive than state actors. Just as importantly, they are generally less open to negotiation and less affected by the limiting factors of war. Therefore they need to be more thoroughly defeated to prevent their reemergence. States or organizations power their engines with their population, industrial capacity, innovative infrastructure, or ideology and strategic message.

During Ender’s Game, the bullies’ engine was a combination of their belief that they should hurt the weak and their confidence that they could safely do so as individuals or in a group. Ender destroyed their engine with a gross display of violence, followed by threats of revenge, undermining any attempt to regroup and counterattack before it ever started.

Populations are an obvious engine, but they are ethically dubious to attack. The Bolshevik Red Army pursued this route against the White Cossacks. After defeating the White Army during the Russian Civil War, the Soviets implemented “de-cossackization.” They used a combination of massacres, the destruction of population centers, forced resettlement and the man-made famine – the Holodomor – to destroy the Cossacks’ ability to reemerge as a threat. The Soviets’ use of genocide was immoral, and obviously should not be emulated. But it still serves as an effective demonstration of a state’s deliberate plan to prevent their enemy from coming back again as a more effective fighting force.

The United States pursued another route during Operation Iraqi Freedom by targeting the innovative nodes of Improvised Explosive Device (IED) manufacturing and emplacement networks. As the war in Iraq progressed, simple IEDs became more complex and effective. They adapted to the technology developed by Coalition Forces, culminating in Explosively-Formed Projectile (EFP) arrays capable of destroying virtually any vehicle. Coalition Forces responded by targeting key nodes in IED networks, particularly innovative manufacturers. Eventually, IED innovation slowed, and in some areas they reverted into simpler, less effective devices. Complex behavior always has multiple sources, such as the shift in insurgent targeting from Coalition Forces to Iraqi Security Forces. But a large part of the reason for the degeneration of IED technology was Coalition Forces’ targeting process. As they killed or imprisoned many of the best IED makers, the engine for technological innovation broke down, and in some regions stopped.

President Obama’s speech during the closing of the Summit on Countering Violent Extremism followed yet another route, targeting radical Islamic groups’ ideology and strategic message. Part of radical Islamism’s strategic message is that the West is fighting Islam. President Obama countered this message by claiming that “we are not at war with Islam. We are at war with people who have perverted Islam.” He called for non-Muslims to peacefully embrace Muslims, and for the peaceful Muslim majority to actively oppose violent ideologies. His appeal attempted to counter beliefs that glorify terrorism, ideologies that are quietly sympathetic to it, and Western behaviors that validate the two. If successful, this will hinder violent Islamist recruiting and their ideological drive, degrading their engine for growth.

Military leaders should not become so absorbed in destroying their enemy’s engine for growth and innovation that they forget that war is usually limited and fought to reach political goals. Some enemies are temporary and serve policy interests by remaining significant powers. But even in this context, leaders must play a long game. They should not only solve the problems of the current conflict. They need to look further, to the consequences for the next conflict, or even attempt to prevent the next conflict from taking place. If not, they can wind up strengthening their enemies instead of reducing their threat. We need to play Ender’s Game.