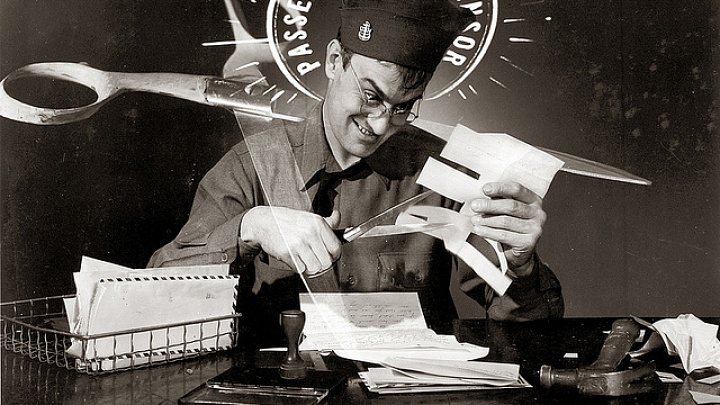 In America, Hillary Clinton continued to take fire for using a private email server for correspondence while she served as Secretary of State. Though Colin Powell also used a private email for correspondence while Secretary of State, some members of Congress have called for an investigation into the affair and connected it—wait for it—with investigations into the attack on the U.S. Embassy in Benghazi, Libya. Among the most vocal of Clinton’s critics was Senator Lindsey Graham, a member of the Senate Subcommittee on Technology who claims to have never sent an email in his life because he is too busy being “thoughtful.”

Rather than email, 47 U.S. Senators addressed a letter to the leadership of Iran, warning, threatening, or reminding them (depending upon who you ask) that congress or a future president could scuttle any deal President Barack Obama agrees with Tehran regarding their nuclear program. Many have accused the signatories of violating the Logan Act, which prevents U.S. government officials from conducting relations or negotiations with foreign officials. Ayatollah Khameini called the letter proof of America’s dishonesty and “internal disintegration.”

This past week the U.S. Senate also held hearings on the president’s authorization to use military force, or AUMF. No major news channel covered the hearings. And the room was reportedly half-empty. Or maybe it was half-full?

In Colombia, FARC rebel leaders and the government have agreed to mount a joint de-mining operation across the areas contested by the parties over the last 50 years of conflict there. The government has also agreed to stop bombing rebel encampments from the air.

Reminiscent of an Ian Flemming or John le Carré novel, a prominent critic of Vladimir Putin, Boris Nemtsov was shot by a team of professional assassins on a bridge within sight of the Kremlin, one of the most secure areas in all of Russia. Despite multiple banks of cameras and a large orange snowplough passing by at just the right time to obscure view of the crime, there is no clear video tape and no witnesses. Russian police quickly arrested five men from Chechnya (of course), quickly eliciting confessions from them. Ramzan Kadyrov, Putin’s man in Chechnya, claimed (over Instagram) their motive was Nemtsov’s support for the Charlie Hebdo protests. Some of the detained have since retracted their confessions, claiming they were tortured. In Russia, confessions write you.

In Russia’s near abroad, Kazakhstan’s longstanding strongman Nursultan Nazarbayev announced snap elections next month he is virtually guaranteed to win in a landslide, thus extending his quarter-century stay in power by another six years. The 74-year-old leader enjoys legal immunity from term limits and can effectively stand as president for life.

Iraqi government forces have continued a successful military campaign against ISIS in the area surrounding Tikrit. Critics have pointed out that the United States did not take an active, coordinated part in the campaign while there are signs that Iran continues to play an active role. U.S. General Martin Dempsey said it is only a matter of time before government forces retake Tikrit from ISIS and continue their drive. In America, debate regarding an increased U.S. military campaign against ISIS in Iraq continues.

A coalition of 21 major international aid organizations, including Oxfam and Save the Children, have joined together to accuse the UN Security Council of failing Syria’s children and refugees after doing nothing to aid them despite passing three resolutions with goal of doing so last year. The group claims that 2014 was the most deadly year in the conflict yet with reportedly more than 76,000 deaths.

Sweden cancelled an arms deal with Saudi Arabia after it blocked the Swedish Foreign Minister from giving a speech to the Arab League critical of the Kingdom’s record on human rights. In response, Saudi Arabia recalled its ambassador to Sweden.

Iran revealed its latest strategic cruise missile, which is a reverse-engineered prototype of a Soviet-made cruise missile appropriately named after a city destroyed in the Iran-Iraq war, Soumar. The range of the missile – 3,000 miles – could technically reach Milan if fired from, say, Syria.

Falling oil prices – bad for ISIS, bad for Russia, bad for Iran, good for consumers and SUV owners, but bad for Iraqi government, which is a major oil exporter and is fighting ISIS (and assisted by Iran). And if Thomas Friedman, Cullen Hendrix and Jeff Colgan are to be believed, then it’s good for peace, since petro-states become less belligerent when prices are low. The trouble, which none of these authors address, is: How much of a factor does global energy prices play in a state’s decision to invade another state? Discuss.

Vietnam is proving again to be central to America’s Asia pivot as well as to Russian and Chinese plans in the Asia-Pacific region. America has requested Vietnam stop allowing Russia to use the former U.S. airbase at Cam Ranh Bay to refuel its long-range nuclear-capable bombers there as part of increased shows of force and intelligence gathering operations. Though Vietnam has sought closer ties to America to balance Chinese pressure, it also has based its own fleet of Russian-provided submarines at Camh Ranh Bay.

Reportedly China has been quietly arming South Sudanese government forces since late last year in a civil war with rebels backed by Sudan. China is heavily invested in South Sudanese oil fields and infrastructure and has reportedly been providing President Salva Kiir’s troops with anti-tank and other weaponry since 2014.

The Bluff War in Utah, one of the last fights between U.S. government troops and Native Americans, comes to an end as the native forces surrender.

During this week in WWI, the U.S. government launched an investigation after news that an Americancivilian vessel was sunk by Germany. German U-boats also sunk three British steamships, killing 37.

We Need Defense Innovators More Than They ...

Why the Pentagon Needs a War on ...