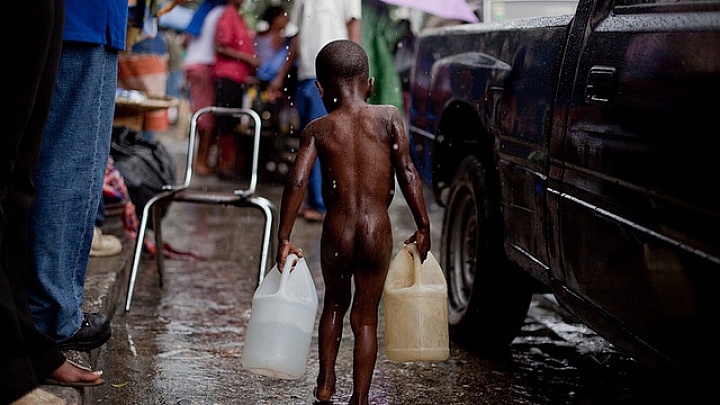 The concept of security has always been one of the most contested constructs in the social world, and the disputes and inter-subjective consensus around its meaning, referents and institutional objectivation are bound to become constitutive of the political itself. So much so that at the core of every rendering of what politics is all about one can find particular understandings of how to protect core values and things, i.e. of that which threatens the meaningful community and the very ontological survival of individuals and intermediate bodies. Therefore, the political nature of security rests undeniably in the social practices of interest definition – security is always for someone and for some purpose, to draw on Robert Cox’s claim – and in the connected social practices of community definition –which bonds are politically meaningful and should produce rights and duties among individuals, to draw on Andrew Linklater.

Discourses of security – what it is and who it is for – rest in opposing, some would say incommensurate, understandings of the epistemological and ontological nature of the social world, thereby raising agonistikós (or contention) to the forefront of policy-making and agenda-setting. The traditional agenda of international security is full of dilemmas and threats states pose to the survival of other states and their borders. In a way, twentieth century international relations can be portrayed as the collective search to institutionalize security guaranties for states and the international system vis-à-vis those dilemmas and threats. However, since the end of the cold war, a new perspective has gathered momentum in policy circles and global civil society, according to which security must be framed in global terms – not just interstate violence – in order to rejoin the consciousness and survival concerns, mainly trans-border in character, of an emerging global community.

While traditional security discourses reinvent themselves around the threats of the so-called rogue states, their alliances and connections to terrorist movements and the uncivil society, human security is emerging as an alternative or balancing discourse, revolving around new referents of security, new threats, challenges and vulnerabilities affecting the global community and its informal constituency. Thus, political priorities are transferred from the state and the interstate system to the human community as a whole, though there is no denying that the only way to produce human security effectively is to guarantee the strength of state political institutions and to acknowledge the close connection between the assumptions of human security and the workings of the inter-state order managed in a decentralized fashion by sovereign states. Be that as it may, this parts from more traditional security discourses by focusing on the vulnerabilities of human communities and individuals in social contexts that range from resource scarcity and environmental degradation to purposeful attacks to human dignity and pandemic outbreaks.

In a way, twentieth century international relations can be portrayed as the collective search to institutionalize security guaranties for states and the international system vis-à-vis those dilemmas and threats.

As with any discourse, human security is made up of ideas and social practices, and has been emerging for decades now. Several commissions – Brandt, Brundtland, and Global Governance – have stood out in this political endeavor but the concept has only been put forward autonomously, for the first time, in the UNDP Human Development Report 1994, where seven crucial dimensions of human security were identified: Economic, food, health, environmental, personal, community, and political security. From the beginning, two approaches have been established: One assuming that the usefulness of the concept rests in a more limited dimension of freedom from fear; the other assuming that the novelty of the concept depends upon its broader range and the capacity to promote freedom from want. In March 1999, the Japanese Government set up, in cooperation with the UN Secretariat, the United Nations Trust Fund for Human Security (UNTFHS), which started to direct the majority of funding to key areas including health, education, agriculture and small scale infrastructure development. A Human Security Unit (HSU) was established in 2004, under the authority of the UN Office for the Coordination of Humanitarian Affairs(OCHA) to do three things: manage the UNTFHS; help translate the human security approach into concrete activities to improve the livelihoods of people facing complex and multidimensional human insecurities; and support ongoing discussions within the UN General Assembly.

In 2003, an independent commission led by Sadako Ogata and Amartya Sen published a report that tried to materialize previous ideas by defining human security as the protection of the basic freedoms in human life and the empowerment of people to fulfill their potential. In the first report of the UN Secretary-General, approved in 2005, leaders of UN member states assumed the need to discuss and define the concept of human security. Hence, the resolution acknowledged the universal right to equal opportunity in the enjoyment of rights. Resolution A/RES/60/1 stressed that vulnerable people in particular are entitled to freedom from fear and freedom from want, and to fully develop their human potential. In order to put this into practice, then-UN Secretary-General Kofi Annan presented his report on human security before the UN General Assembly in 2010, in which he set forth the state of the art of the concept and disclosed possible bridges linking human security to sovereignty and the responsibility to protect. The report also draws attention to several details about the initiatives advanced by states domestically, as well as at the intergovernmental level and that of UN agencies, to promote human security. However, the same report stresses and concludes that states bear primary responsibility for the survival, subsistence and dignity of their citizens and that human security is central in the promotion of peace and stability at the local, domestic and international levels. The second report was released on 5 April 2012 and the third on 23 December 2013.

Its then crucial to understand that the emancipatory potential in human security is not limited to guaranteeing the absence of violent conflict and the protection of individuals and communities from the most extreme effects thereof. The advancement of human security relies upon policies of protection but also of empowerment. The protection approach is based on the reduction or eradication of threats and vulnerabilities prone to jeopardize the security of individuals and communities, particularly the poorest and most vulnerable. The empowerment approach stresses the goal of handing out to individuals and communities the basic resources for the satisfaction of their needs and the fulfillment of dignity. This is what has come to be known in the literature as resilience building. Concomitantly, a human security paradigm has contributed to underscore the connection linking security to development and human rights and has permitted a better articulation of human development, sustainable development, and the international protection of human rights, since all of them focus on the people and the possible ways to achieve human emancipation. Finally, it is within a human security framework that the responsibility to protect has been discussed on a theoretical level. On the level of UN policymaking and agenda-setting, it is also within the human security framework that the protection of civilians has risen as a new paradigm in Security Council resolutions to deepen the response of the international community to new wars, crisis management, and peacebuilding.

Another critical link with human (in)security implications is the one connecting environmental degradation, resource scarcity, and conflict, both domestic and inter-state. The (uneven) distribution of resources among states and among communities within a state, along with perceptions of injustice thereof, is nowadays among the main risks to human security all over the world. It deals both with the access to basic goods such as clean water and farming land as with the distribution of profit from natural resources such as oil and other minerals, timber and diamonds. Natural resources are not only at the origin of many conflicts throughout the developing world; as Michael Renner has repeatedly stressed, they protract conflicts and make their resolution more difficult. Hence, the human security perspective on conflicts adopted by the UN after the cold war has shown clearly the interconnection of the freedom from fear and freedom from want approaches and the importance of keeping them both in the limelight. Besides, environmental degradation due to climate change is being responsible for putting traditional livelihoods at risk and increasing the number of environmental refugees, which is in itself a circumstance facilitating the emergence of new conflicts.

Twenty years after the UNDP Human Development Report stressed the importance of the human security framework to promote human dignity around the world, it must be acknowledged that there is a close and direct connection between traditional and new security agendas, between the degradation of human security and the upsurge of security dilemmas at the interstate level. Hence, human security is more a complementary than an alternative approach to global security, allowing us to understand that in the contemporary world security dilemmas are much more complex than traditional theories have been able to unveil. In July 2014, the HSU released its Strategic Plan 2014-2017. This document draws on the experiences and lessons learned over the past decades in order to mainstream human security in the broad range of UN activities, policymaking and agenda-setting, thereby broadening and deepening the awareness of a human security approach to global affairs over the next four years.

Marcos Farias Ferreira is Assistant Professor with tenure at the School of Social and Political Sciences, University of Lisbon and leading researcher of the Observatory of Human Security (OSH), for which he has conducted field activities (academic research, volunteer work and collaborative filming) in Nicaragua, Fiji, Portugal and Rwanda over the last five years.

The Case for Coalitions of the Unwilling