Meeting the Unforeseen: The Need for More Military-Industrial Analysis 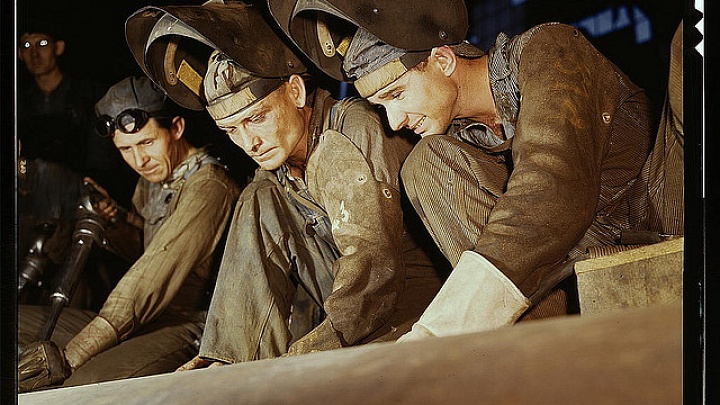 Perhaps the most useful process the federal government and its War Department undertook between the world wars was to preemptively think through the massive national effort that would be required to support U.S. entry into the next war. On the direction of President Roosevelt, the military services generated manning papers, doctrinal updates, and acquisition and modernization plans designed to place the country’s military forces on a strong initial footing upon its potential entry into looming conflicts in Europe and the Pacific. An Industrial Mobilization Plan (IMP) was in place as early as 1930 to help account for industry’s place in the presumptive effort. Bureaucratic agencies such as the War Resources Administration (WRA) and the War Policies Commission (WPC) were in turn put in place to provide overall strategic direction and to resolve infighting. In concert, military planners developed the famous Rainbow Plans, operationally focused products dealing with a range of operational possibilities.

These pre-planning efforts collectively helped to identify and harness the country and the military’s strengths in a way that yielded rapid benefits once the U.S. entered the conflict. Today, as we enter a period spanning the known (sustained ground combat against a dissimilar foe) and the unknown (a range of contingencies up to major combat operations), a similar analysis is more relevant than at any time in recent memory. This time, however, it is a drawdown rather than a surge necessitating the exploration. While many have focused on the risks associated with reductions in personnel across the services, a broader look that also includes the state of the industrial and technological means of offsetting these reductions is also worthwhile.

Among the more studied aspects of the nation’s most recent rise to total war is the significant private industrial effort that was required to produce the materiel tools necessary to achieve victory. By repurposing the sizable means of production available to the U.S., the materiel advantage over the Axis powers was rapidly quite pronounced. For example, American aircraft production in 1942 reached nearly double that of any other combatant, an advantage sorely needed in order to ensure aerial superiority. In order to analyze the share of the modern industrial means actively being utilized by a country at a given time, economists use a metric known as “capacity utilization.” Today, this metric is perhaps most frequently used as a means to gauge efficiency and predict inflation, however it can also help to understand how much additional capability would be available to support a hypothetical mobilization.

Since 1967, when the U.S. was engaged in Vietnam, the country’s capacity utilization has been on a steady downward slope from a height of about 90% to around 78% today. Though a decline might on the surface seem like an unfavorable trend, this is in fact a positive indicator for the country’s ability to surge production. The additional 12% gained in the intervening years translates to an enhanced degree of flexibility in the manufacturing sector before the country would hit its notional production ceiling and maximize total means. Of course, this metric cannot be taken in isolation. In fact, perhaps an even more influential trend in the U.S. is the gradual shift from a manufacturing-based to a service-based economy.

Today, more than two-thirds of wealth creation in the U.S. comes from the service sector, up from 37% in the middle of the previous century. While seemingly inevitable given the low cost of offshore labor, in terms of the national ability to wage a materiel-intensive conflict, this trend is indeed disconcerting. Some risk is mitigated by production in ally nations, though a purely volume-based materiel advantage seems increasingly less tenable than does a more technical advantage based on innovation and sophistication, a factor reinforced by the overwhelming preponderance of U.S. companies represented in studies like MIT’s survey of the smartest global tech companies.

Outside of industry, the military services continue to work toward a maximal hedge against uncertainty. The Army in particular is seemingly quite aware of the potential necessity to (re-)build its warfighting capability, given the fact that by the end of the fiscal year, it is slated to hit 490,000 active troops, or roughly 70,000 less than were in uniform in 2011. Sequestration could in turn push that number to 420,000. Current Army Chief of Staff General Raymond Odierno has repeatedly expressed concern about balancing the inverse metrics of organizational size and readiness. In meeting this challenge, the organization is forced to generate internal means to defray risk. Just as future Generals Eisenhower and Patton championed the utility of tanks as a means of enhancing the Army’s speed and lethality in the interwar years, similar military tech advancements may help to offset ongoing manpower reductions. In fact, future Army technologies may even prompt a resetting of the way ground commanders approach the longstanding operational calculus of time, space, and force.

Future Army technologies may even prompt a resetting of the way ground commanders approach the longstanding operational calculus of time, space, and force.

Imagine, for example, a U.S. ground force commander able to achieve desired outcomes, say the seizure of a key hilltop, entirely through the utilization of rapidly moving autonomous technology currently under development: Drones, driverless weapons platforms, and the like. This latitude would in turn enable the commander to simultaneously utilize his human assets to conduct tasks requiring higher order skills. The combined effect means the commander’s available force has been optimized in a new way: Applied in parallel, rather than sequential fashion, and across a space greater than if using human assets alone. Scaled to the size of a major conflict, the implications are profound, and create efficiencies unlike any legacy platforms requiring continuous human involvement. Potential extra benefit is incurred by decreasing unnecessary risk to ground troops where technological means offer an alternative. Seemingly then, technology under development today may bring about a tactical tool with positive strategic implications as well, given the long-heralded correlation between casualty figures and public support for war.

Given the fact that war is an innately human endeavor and that technological advancements are likely to be met with commensurate countermeasures, it is also important to consider the ways that the Army of tomorrow might rebuild its human capital. In this regard, top level direction to Army force planners amid planning for the ongoing drawdown was prudent: maximize “expansibility and reversibility”, i.e. pacing cuts in a deliberate way, retaining maximum experience within the ranks, and maintaining the ability to rebuild the force in a similar guise as existed before the drawdown.

Despite this reasonable methodology, a rapid influx of new Army personnel would nonetheless present a number of challenges. Chief among these would be facilitating individual and collective training while simultaneously fielding an effective operational force, challenges enumerated by Gen. Martin Dempsey when he commanded U.S. Army Training and Doctrine command amid simultaneous wars. Additional trends of concern include the increase in obesity rates among young people, and a general disinterest in military service. To be sure, in the face of a mobilization, the nation and the military services will find ways to adapt, overcome, and win in keeping with a long and proud tradition of doing so  however the puzzle pieces necessary to do so may look unlike any that came before.

Are We at our Norman Angell Moment ...