The Islamic State Meets the Laws of Economics 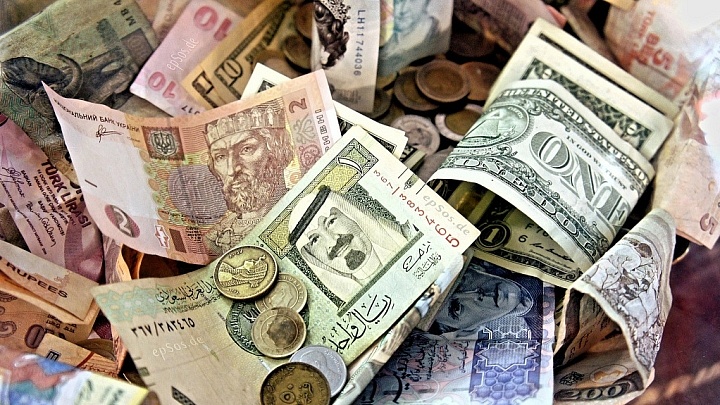 The so-called Islamic State’s Caliphate faces an adversary more deadly than the bombs being dropped upon it. It has not been able to construct a viable economy to provide all of the necessities that a society requires and people will not wait forever to fill their stomachs or for the lights to work.

At the end of August it was announced by IS that they had introduced a currency of gold Dinars. Najeh Ibrahim, a former member of the Islamist Gamaa Islamiyah, says that this move tells the world that IS is a sovereign state and tells Muslims that their dignity and economic power is being restored.

The idea of the gold Dinar was first announced in November 2014 and there was a debate within the leading circles of IS if it was a sound economic plan. In spite of some doubts, the accumulation of gold and silver for the coins was undertaken, but little more was said of the new currency until the film, The Rise of the Caliphate: The Return of the Gold Dinar, presented the issue as part of the strategy of IS to destroy the United States and the West and to create an independent caliphate economy.

Return of the Gold Dinar continues the IS practice of tying every action to the Abbasid Caliphate that ruled much of the Middle East from 750 AD to the middle of the thirteenth century and the new coins are to display religious symbols like the original coins. Al-Baghdadi would like his followers to imagine that they are a continuation of the medieval Caliphate with only a mere 750-year interlude.

The idea is not new. The proposal to create a gold Dinar was advocated in 2002 when Prime Minister Mahathir bin Mohamad of Malaysia presented it at the Organization of the Islamic Cooperation. Problems in the economies of Muslim states were attributed to foreign domination and a gold currency was to be the means of escaping dollar domination and creating a Muslim economic community.

IS’s monetary problem is not domination by the U.S. dollar, however. It is that the erasing of the borders between Iraq and Syria did not change the line drawn by two separate economies using two different currencies. If IS intends to create a single economy, it must create a common currency that will enable buyers and sellers to agree upon a price without having to first decide upon an exchange rate.

The obvious solution would be for IS to create a currency that will circulate throughout the Caliphate; but getting the public to accept the new colored pieces of paper from a government that may not exist in a few years makes conversion a near impossibility. The other choice is for people to conduct business in a currency that can be trusted, such as the U.S. dollar or the Euro. The Turkish Lira is preferred in many cases over the local currencies, but using foreign currencies requires people to have access to them and how can people acquire sufficient foreign exchange to finance their daily needs when the economy is isolated from the surrounding countries?

What commerce does occur is of a criminal nature and how much IS acquires from exporting historical treasures, human organs or oil is almost wholly guesswork. Contributions from wealthy supporters in Saudi Arabia or the Gulf States or ransom money from kidnap victims provides only a few drops in a desert that is consuming vast amounts of money to finance an ongoing war.

The majority of IS’s wealth comes from taxation as well as the sale of grain and petroleum, for which they have a monopoly over within their territory. Exploitation of these resources is finite, though. Farmers will not plant seeds if they cannot expect a reasonable return and factories will not manufacture goods if the owner cannot acquire fuel and materials that he can afford or gain a profit that makes the effort worthwhile.

After all of IS’s talk about the mystical powers of gold, it is their own economic policies which are a serious weakness in the survival of the Caliphate

Acquiring fresh investment is a near impossibility and the economy is in recession, which is making the acquisition of a new medium of exchange a serious concern that cannot be delayed much longer. Before the rise of IS, eleven million of Iraq’s thirty five million people were engaged in agriculture and farmed twelve million acres of land. In spite of domestic production, Iraq was still importing $5 billion worth of food stuffs annually, much of which was used to provide food packages to impoverished Sunnis in provinces now under IS control.

Since swathes of Iraq were seized by IS, the amount of acreage under cultivation had been cut in half with no possibility of supplementing the loss food stuffs with imports, while Syria is in a worse state. Half of the population of twenty-two million has been displaced and no longer contributes to the economy. If the Caliphate cannot provide food and essential services to the people under its control because of this upheaval, it will face an insurrection.

Where the Caliphate Can Turn to

IS believes that the solution to these problems lies in turning to the gold Dinar, which has as much symbolic value as is does as a means of financing the society. While gold speaks of wealth and security in the minds of most people, there is a hazard in adopting a gold currency. The value of the gold coins comes from the quality of gold metal and not from the quality of the issuer. Any canny Iraqi or Syrian under IS rule who doubts the longevity of the Caliphate will be inclined to horde the coins or smuggle the coins outside. The loss of money from the economy will translate into an overall deflation as the scarcity of the currency raises its value, which is likely to depress the economy even further.

The return of the gold Dinar is a declaration of economic warfare upon the United States for reneging upon its pledge to preserve the gold standard and imposing the dollar standard upon the world. IS assures its believers that it will exact its revenge by breaking the dollar and bringing back the use of gold to finance commerce.

Egypt’s Finance Minister, Fayyad Abdel Money, a former professor of economics, has made the point that there is not enough gold in the world to finance the more than $75 trillion global economy. After all of IS’s talk about the mystical powers of gold, it is their own economic policies which are a serious weakness in the survival of the Caliphate; it is consuming itself and needs a fresh infusion of wealth.

Acquiring such an infusion would mean IS marketing a commodity that can be sold outside of the Caliphate. To that end, IS is targeting the opium trade in Afghanistan, focusing on Badakhshan Province which saw a 77 percent increase in opium production during 2014 and only has a minor Taliban presence. The mountainous Province extends into Pakistan, Tajikistan and the Xinjiang autonomous region of China, so there is substantial potential to smuggle drugs to the outside world.

IS operating in Afghanistan, though, is obviously bringing it into conflict with the Taliban, which also relies upon opium as a source of revenue and power. As IS forces strengthen in the north of the country, it is likely to spread deeper into the Taliban’s territory as both organizations battle to control the illegal drug trade in what may become a poppy war.