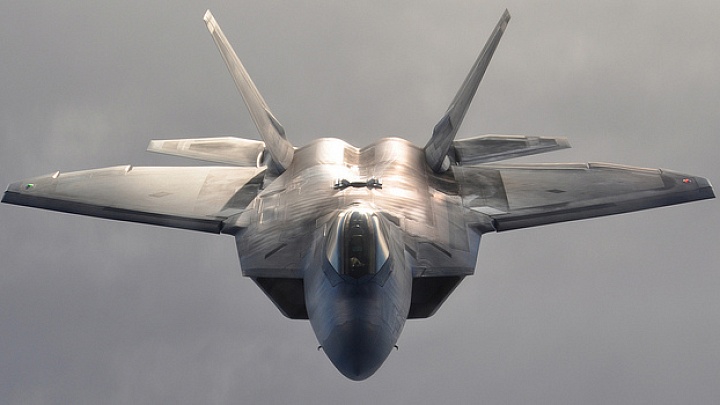 After being criticized for not using the F-22 Raptor previously, the U.S. Air Force has now taken a drubbing for using F-22s over Syria, in the coalition fight against the Islamic State. Critics are judging long-term strategic investments based on short-term tactical results, while misapplying the distinction between efficiency and effectiveness. The sound bites may play well, but critiquing excess capabilities in the air over ISIS targets in Syria is short-sighted armchair quarterbacking.

A common clever pair of definitions for efficiency and effectiveness claims the former is “doing things right,” while the latter is “doing right things.” A more helpful contrast juxtaposes the former’s focus on resources and the latter’s focus on results. In that sense, efficiency is about minimizing the resources we use while completing tasks, while effectiveness is about maximizing how those tasks contribute to achieving our objectives.

As a crude example, I am very efficient when taking a nap. Napping requires very few resources. But napping also accomplishes nothing, except making me feel rested afterward and perhaps better prepared for some more useful subsequent task. On the other hand, I could be very effective getting to the movies across town in my Lamborghini Veneno Roadster (if I had one), but it would not be very efficient to a) spend $5.6 million to be able to top out at 220 mph after accelerating from 0-60 in 2.9 seconds, and then b) use that kind of capability only to drive five miles to the movies on roads with speed limits of less than I can reach in three seconds.

The seeming lack of efficiency in using the $150 million F-22 in air operations over Syria has generated criticism for the Air Force like what I get from my wife for talking about buying a Lamborghini. But we should not be so fast assuming the criticisms are equally appropriate.

When we conceive, design, build, procure, deploy, and employ weapon systems, we should be calculating the odds against our most dangerous potentialadversariesin order to make even those adversaries actually unworthy in every way.

As an extreme example of military efficiency, we could almost entirely eliminate the cost of sustaining our national defense by disbanding the standing U.S military altogether and replacing it with a strictly on-call militia equipped to fight only with whatever weapons and skills each patriot could independently bring from home when needed. Unfortunately, the first time it was seriously tested, that kind of efficient military would also prove completely ineffective, because it would lose. We might as well have no military at all.

National security mathematics in the world in which we actually live means a “no-cost” military would come at the extremely high cost of diminished American prosperity and even lost American independence. We should certainly want our military to be as efficient as practical, but, assuming America’s survival is important, efficiency is trumped by the fact that we literally cannot afford for our military to be ineffective. The irony sets in when we acknowledge that our enemies around the world actually get deciding votes with regard to determining the effectiveness we should buy.

That being said, what about F-22s over Syria? In Michael Peck’s criticism of F-22 use over Syria, he says, “A true test of a worthy aircraft is a worthy adversary, a label that does not quite apply to Syria.” He goes on to suggest that F-22s are like battleships after their unchallenged heyday: Too expensive to risk with capabilities that therefore could not be used. But the U.S. Air Force did risk F-22s over Syria – albeit not surprisingly with no losses, as I think all Americans would have hoped. The Raptor’s full capabilities are ready to be employed at a moment’s notice in a way that renders unworthy even our most capable current adversaries anywhere in the world, which is, by the way, exactly how we should want it.

Almost none of the aircraft the Air Force has employed in combat during the last decade were designed at the high end of their capabilities for the kind of counter-insurgencies we have fought in Iraq and Afghanistan. This includes the storied A-10, whose titanium armor, Gatling gun, and 30-mm depleted uranium bullets were packaged together in the 1970s to counter the hordes of Soviet tanks which then threatened our allies in Europe.

The Afghan Taliban had no highly-defended tank columns, but coalition forces wisely fought the Taliban with A-10s anyway. ISIS and their unwilling Syrian hosts don’t have the technologically-advanced air defenses F-22s were designed to penetrate and destroy, but coalition forces are wisely fighting ISIS in Syria with F-22s anyway. In both cases, we have used our superior systems to deliver capabilities we wanted in the fight  including the F-22’s unique networking capabilities even though we did not buy the full extent of those capabilities for those fights in particular. In other words, we already owned the Lamborghini to win at LeMans, so we used it for the annual Big Bend Open Road Race too.

In my mind, that approach is both effective and efficient, especially since the F-22s in question were already forward-deployed to the Central Command theater for other reasons. Employing them over Syria against ISIS would have been inefficient only if it meant not having F-22s available for operations that were more critical elsewhere an important consideration, given that the Air Force was allowed to buy only 123 combat-coded copies.

When we conceive, design, build, procure, deploy, and employ weapon systems, we should be calculating the odds against our most dangerous potential adversaries, now and in the future, in order to make even those adversaries actually unworthy in every way. This was the Air Force’s logic when it produced and fielded the F-22, and it is the Joint Force’s logic now, as it produces and fields the F-35 for the Air Force, the Navy, and the Marine Corps. Any other approach to doing the business of national security is not doing that business at all. If we are not effective, we cannot be helpfully efficient.

It would have been ludicrous to buy F-22s to fight only ISIS, but it makes total sense to have bought them for other fights and then to employ them against ISIS. This is true even as we must acknowledge that it will take much more – and much different –  than just F-22s to defeat ISIS. As Chris Miller recently pointed out, over the last decade, “the ‘light footprint,’ ‘economy of force,’ and ‘no boots’ mentality” has meant not smaller, cheaper, more manageable wars, but exactly the opposite. The threats from ISIS and from any other adversary to the U.S. and our allies will be countered both most effectively and most economically only with a carefully choreographed combination of F-22s and all kinds of other things, a combination that delivers the capabilities needed sooner rather than later.

That national security choreography should always consider options that include a) boots in the air in the cockpits of all our manned combat aircraft, including F-22s; b) boots on the ground in Special Forces and all our other ground combat units; c) boots at sea in all our ships and submarines; d) boots in the States and around the globe on operators remotely employing airborne and spaceborne systems with no boots in them at all; and e) boots and other kinds of shoes on the ground in civilian capacities of all kinds. That being said, the threat from ISIS should never be bad enough to push our twelve-cylinder, 400 cubic-inch engine anywhere close to its redline, unless we leave the car and its fast-shifting seven-speed, five-mode transmission parked in the garage until we can’t avoid racing it out into the open, because the beautiful, spacious garage we built is somehow “suddenly” burning down.