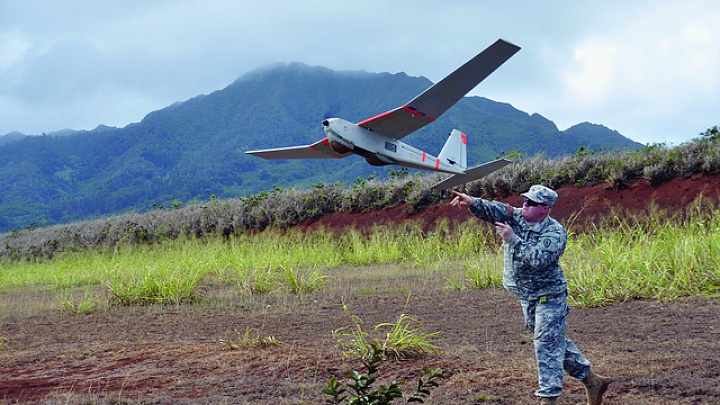 This opportunity to focus on battlefield capabilities and not technical trivialities will save not only money but lives on the future battlefield. The Army should divest itself of restrictions on which aircraft to procure in support of land operations. The OH-58, a Vietnam legacy aircraft, should be replaced by a manned, fixed wing alternative designed specifically for light attack/armed reconnaissance and integrated to operate with current and future Army forces. The USAF’s latest proposal to kill the A-10 is only the latest in a 70-year history of seeming ambivalence to their requirement to support the Army in close air support. From Eisenhower to Odierno, the Army has often found itself the victim of a quick reversal of USAF promises to support the Army.

The support of General Eisenhower was critical to the creation of the independent Air Force. This support was obtained only by a commitment from General Spaatz to provide robust tactical air support in the form of the creation of the Tactical Air Command (TAC). Just one year later, Chief of Staff of the Air Force General Vandenburg demoted TAC making it subordinate to the Continental Air Command and eliminating all habitual relationships between air and ground units. Spaatz, then retired, was furious at the betrayal of the Army and Eisenhower. General Quesada, the father of US close air support (CAS) techniques in World War 2, later resigned in disgust due to Vandenburg’s decision. The devolution of TAC happened only months after President Truman approved the Key West Agreement which severely curtailed US Army aviation based upon soon to be abandoned promises of support. Vandenburg had divined that the inevitable conflict between the US and the USSR did not include ground forces.

The USAF has often tried to determine what a future war will look like. For example, in response to many complaints about CAS during Korea, the USAF replied that the conventional fighting in Korea was atypical and would not be repeated in future conflicts. In 1963 the Air Force predicted that the FB-111 would be the optimal CAS aircraft for Vietnam. The procurement of the A-10 in the closing stages of Vietnam might be seen as a commitment to supporting the Army. The main impetus for procuring the A-10, however, wasn’t to kill enemy ground forces; it was to kill the Army’s proposed follow on attack helicopter, the AH-56 Cheyenne.

From Eisenhower to Odierno, the Army has often found itself the victim of a quick reversal of Air Force promises to support the Army.

In a replay of the FB-111 prediction, the Air Force has determined that the supersonic, stealthy F35A is the best replacement for the A-10. The loiter, armament and armor which made the A-10 the premier conventional CAS aircraft all being abandoned for stealth and speed. The GAU-8 30mm Gun with 1100 rounds of ammunition will be substituted by GAU 12 25mm gun with 180 rounds of ammunition providing only four seconds of total firing time.   The costs, too, will increase. The $17,000 per flight hour cost of the A-10 is estimated to at least double for the F35A. The 1970s vintage A-10s have been flown hard in their career and require an approximately $2.7 billion upgrade program. With network centric, high intensity conflict seen as the future challenges by the USAF, the A-10 has no place and is seen as an expensive albatross. With the greatly increased operating cost and the many missions slated for the F35A few, if any, hours will be dedicated for training F35A pilots on CAS. This situation, too, is not unprecedented. In 1955 the Air Force identified the F100D as the USAF’s primary CAS online casino platform. Yet by 1959, no F100D pilots were trained to drop conventional munitions due to the USAFs preoccupation with the delivery of nuclear weapons by tactical aircraft.

The desire to replace the OH-58 with a more up to date airframe led to the RAH-66 Comanche program cancelled in 2004. The Comanche’s missions were “armed reconnaissance, light attack and air combat.” The same terminology was used to describe the USAF’s Light Attack Armed Reconnaissance (LAAR) program in 2006. The program originally envisioned 100 inexpensive, propeller driven aircraft to provide close air support in the counter insurgency environment. Unfortunately, the LAAR quickly devolved to the 20 airframe Light Air Support (LAS) program and only to be used to train allied air forces rather than in support of US ground units. The USAF selected the Embraer A-29 “Super Tucano” for its LAAR/LAS program.

The A-29 has features that should be attractive to a budget constrained military.   The per-unit cost for the A29 is approximately 22 million dollars. This amount includes all training, maintenance and support requirements. With just the $2.7 billion pending for A-10 upgrades, 100 brand new A-29s could be procured. The flight cost per hour is estimated at only $1000. It can fly well above 30,000 feet for up to eight hours. With hand held Surface to Air Missiles (SAMs) being a primary threat to aircraft operating in a small war environment, only fixed wing attack aircraft can operate effectively above these increasingly available missiles’ 15,000 foot range. The A-29 is one of many aircraft with similar capabilities and costs. Veterans from Iraq and Afghanistan have asked for years for such a capability.

The Army’s commitment to the Gray Eagle demonstrates the value of organic fixed wing assets to the Land Component. But armed UAVs are a poor substitute for a manned aircraft in the close air support role. Designed to perform Intelligence, Surveillance and Reconnaissance (ISR) missions, UAVs shine especially in the surveillance role. The AH-64 helicopter will remain the premier Army attack platform in major combat operations (MCO). Its remote field capability is irreplaceable in the rapid advances found during high intensity, short duration fights. If this is the limit of the Army’s fighting future, then there is admittedly no need for a LAAR. But, likewise, there would be no need for an Army independent UAV system. These Desert Storm-esque battles are precisely the types of conflicts the Joint and USAF doctrine are designed to fight.

The Future of Land Warfare

The country gave a specific mission to the United States Army in 1947:

“In general the United States Army, within the Department of the Army shall include land combat and services forces and such aviation and water transport as may be organic therein. It shall be organized, trained and equipped primarily for prompt and sustained combat incident to operations on land.”

The past 30 years have seen the Army perform sustained missions in the Sinai Desert, Kosovo, Bosnia, Iraq, Afghanistan, and the Horn of Africa. Farther back, large scale wars in Vietnam and Korea as well as smaller long term commitments in Central and South America have clearly predicted that sustained operations are most likely in the Army’s future. Our Nation’s financial ability to fight long conflicts with expensive aviation optimized for short duration, high intensity conflict is increasingly in doubt. The Army’s statutory mission is to fight both types of conflicts. The law specifically includes authority for organic aviation as required to perform its mission. The Army should procure accordingly.

Building off the Gray Eagle, the Army’s standard Combat Aviation Brigades (CAB) should include a fixed wing battalion. Such a battalion would be comprised of LAAR aircraft, Gray Eagles, MC-12s as well as maintenance and ground support companies. This battalion could also host a future fixed wing, intra-theater airlift element should the Army wish to relook this requirement following the cancellation of the C27J by the USAF. The disestablishment of current OH-58 units would provide adequate manpower and funding. AH-64s would provide rotary wing attack and reconnaissance requirements prior to Army airfields being established. In peacetime, the fixed wing fleet could provide low cost border security, search and rescue, and command and control for natural disasters bypassing FAA limitations on UAV operations. This fixed wing battalion would not be designed to operate en masse, but rather optimized to task organize into small detachments of mixed fleets crafted specifically to the requirements of the task force commander.

The Army is rightfully committed to organic, fixed wing aviation in combat operations. The current proposals for replacing our rotary wing fleet involve more expensive options which will entail either fewer available airframes or a higher overall cost with a strong possibility of both. Procuring inexpensive, fixed wing options would give the Army better capabilities at a lower cost in anticipation of future reduced fleets. Starting with the Gray Eagles and the LAAR, the Army would enjoy superior air support, sustainable for long periods, and at a savings to the taxpayer. No one should say “No” to that.

The Lost Battalion of TET: One Answer ...

Should Intelligence Officers be Hunters or Gatherers?