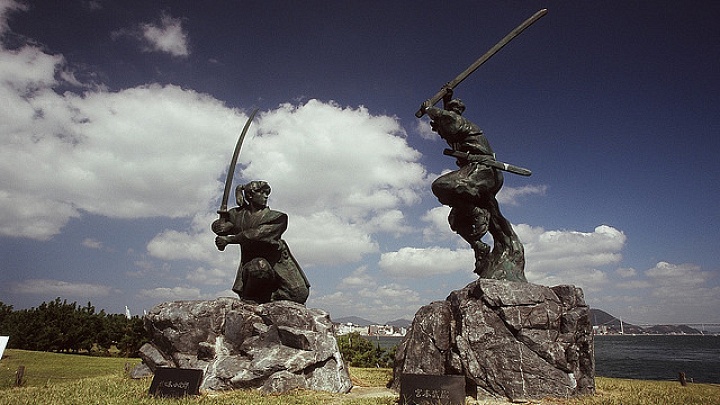 A quick browse of the shelves of any academic library, bookstore, or duty-free airport lounge will reveal endless stacks of books written (or ghost-written by someone else) by CEOs, investors, generals, presidents, and senators containing reflections on their actions and their own personal strategies for success in war, business, government, politics, and strategy. Anyone who has picked one up, at least while sitting in a waiting room somewhere, can attest to the fact that most of them are either better than a sleeping pill or better suited for use in an emergency shortage of toilet paper.

However, there are some which, despite valid criticisms here and there, have enduring value. Most often the reason for their durability is that they possess simplicity, flexibility, and clarity. These are important characteristics for leaders of any stripe who must make decisions in a world that is increasingly characterised by volatility, uncertainty, complexity, and ambiguity. Here are some examples, from personal conduct and decision-making to organizational strategy and analysis.

Miyamoto Musashi, a ronin swordmaster of the late 16th and early 17th centuries, remains probably the most celebrated Samurai in Japanese history. He is credited with having participated in over 70 sword duels as a wandering master (some legends place the count much higher) without losing a single encounter, single-handedly fighting off large groups of assassins in multiple melee encounters, and having participated and led troops in some of the largest pitched battles of the Samurai period. In 1645, the last year of his life, he retreated to a mountain cave and wrote the guide to his strategy and the way of the warrior, A Book of Five Rings. In The Ground Book, the first of the five, he produced nine rules of strategy and conduct for the Way of the Warrior. They are broad in scope and have application for any leader, civil or military. As Musashi urges throughout, you must consider the meaning of each deeply.

Moving from East to West, multi-tasking is the order of the day, though there is ample evidence that true multi-tasking is impossible, is at best ineffective, and that men are worse at it than women. Deciding what to do and in what order is vital. As the Supreme Allied Commander and later as President, Dwight Eisenhower clearly had to multi-task every day, juggling and moving between decisions and tasks, all of which were vital. A master of time management, Ike reportedly once said that, “The most urgent decisions are rarely the most important ones.” Eisenhower made a distinction between those decisions and tasks based upon their level of urgency and importance. Tasks which are urgent and important should be done immediately, personally or under supervision. Tasks which are urgent, but not important, should be delegated when possible. Tasks which are not urgent, but important, should be scheduled to be done. Finally, tasks which are neither important nor urgent can wait for later. It looks like this:

Like any success, PEST analysis and its fellow-travelers can claim to have many fathers. Harvard business professor Francis J. Aguilar is sometimes cited as having first published the idea in the 1960s. Though most often used in the business context, it is a useful tool for any leader, civilian or military, who must develop strategy or make decisions. It provides a clear, simple framework for “scanning” the environment in which such decisions must be made by considering the impact of a number of factors on the group or organization for which the analysis is being conducted. In its most simple form, PEST analysis considers four factors which affect virtually every decision a leader must make: Politics, economics, social factors, and technology. It is often extended to consider more factors, such as in PESTLE (or PESTEL), which considers legal and ethical factors as well. STEEPLE analysis also adds environment factors as a consideration. No matter how many factors are included, it provides an easy framework or starting point for considering the effect of multiple factors upon the environment or context in which decisions must be made. It looks like this:

SWOT analysis was developed in the 1960s from studies conducted at Stanford University after studying the factual difference between the actual conduct and actions of major American firms versus their cited objectives. Regarding strategy, organizations whose actions and objectives do not align will not succeed. The gap between the two must be closed and remain closed. A SWOT analysis forms a two-by-two matrix (as virtually everything stemming from management studies does) formed of strengths, weaknesses, opportunities, and threats. Filling in each of these boxes in the context of the organization provides a framework for aligning action with strategic objectives. Strengths should be used to pursue opportunities and fend off threats; weaknesses should be addressed, eliminated, defended, or turned to strengths when possible. Weaknesses show where a threat may attack or apply pressure. It looks like this:

The simplicity, clarity, and flexibility of these rules and tools make them of value to leaders. The complexity of models and systems does not necessarily mean they are superior or guaranteed improvements. The business world and military operating environments are fast-paced and already volatile, uncertain, complex, and ambiguous enough. These simple leadership rules and tools can help to cut through some of the smoke in leadership and analysis on the battlefield and at the office.

Two Sides of the Vietnam War and ...