Is the Marine Corps Setting Women Up to Fail in Combat Roles? 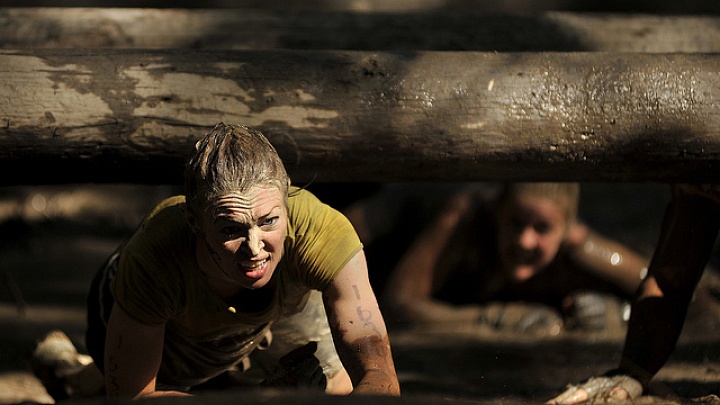 Two years ago, then-Secretary of Defense Leon Panetta made the historic decision to eliminate the military’s exclusionary policy that kept ground combat occupations and units closed to women. Any decision to exclude women will be made as an exception rather than the rule, flipping the paradigm from one of automatic exclusion to one of automatic inclusion.  However, the services and Special Operations Command were given 3 years to figure out how to successfully integrate women into previously closed positions.  If at the end of the three years, they found an occupation or unit that could not possibly be integrated they could request an exception to policy. Any exceptions would have to be “narrowly tailored and based on a rigorous analysis of factual data regarding the knowledge, skills, and abilities needed for the position.”

On October 1, 2015when exception requests are due to the Secretary of Defensethe Marines will request to keep thousands of infantry positions closed to women. Rather than use the three years to figure out how to best recruit and integrate some badass women the Marines have used their time to develop data to justify a request for an exception.  Here is what they have done.

Set Up to Fail?

First, they began by doing research on a set of proxy tests that would be used to screen for combat fitness.  The proxy tests, 6 largely upper-body, strength-based tests, were used to evaluate the performance of 409 male and 379 female Marines.  Although the link between these 6 events and the “knowledge, skills, and abilities needed” for various combat jobs is not clear the research yielded some interesting results.  In the “good performers” category 66% were male Marines while 34% were female Marines. In the highest performing category 92% were male while 8% were female.   Clearly, there are a percentage of women that can compete in both categories.  Despite these results the Marines seem to have dropped the use of proxy tests to screen for combat jobs.

Rather than look for ways to exclude women, the Marines should seek out the toughest, smartest, most capable women this country has to offer and vigorously recruit them to join the ranks of the infantry.

Instead they pursued other research efforts.  The first and most controversial has been their research at the infantry officer course (IOC).  They invited women officers, on a voluntary and trial basis, to attempt to complete IOC. While they sought to evaluate 92 volunteers over three years they have not been able to recruit anywhere near that number and none of those who has volunteered has graduated.  Critics cite a lack of any possible incentive for women officers to volunteer coupled with a disclosure form that volunteers must sign that states that, If a volunteer is unable to successfully complete the program of instruction, it is unlikely they will be recycled due to impact on delaying attendance at their PMOS school, possible negative impact on fitness reporting cycles, potential harm to the volunteers career path, and complication with equitable career designations.”  In short, a woman failing on her first attempt would likely not be offered a recycle opportunity, generally expected of men, due to negative career impacts—a rather large disincentive.

Later in 2013, the Marines decided to expand the infantry training research to enlisted women.  Similarly, they invited enlisted women to volunteer for the enlisted infantry course and were more successful.  Out of more than 240 volunteers more than 98 have graduated.  When enlisted women began graduating from the infantry course the Marines decided that perhaps initial entry training was not a good test of whether women could perform in infantry units. Instead, they said that collective tasks that Marines perform out in the fleet are harder and would provide the true litmus test of women’s combat potential.

Last fall they launched a much more ambitious and very expensive research project, The Ground Combat Element Integrated Task Force, which was designed to see how women would perform at collective tasks in combat units.  However, they quickly found that collective task standards were not well established so the ongoing research effort was designed not just to see how women perform but to quantify unit level collective tasks. How collective task requirements can be quantified while at the same time evaluating women’s performance against those tasks is questionable, but the Marines have forged ahead and research continues with a 600-strong task force. The task force is currently prepping to deploy to 29 Palms to be evaluated. Research results will be available in Septemberjust in time to submit an exception to policy request.

While all of this research was ongoing the Marines opened all combat unit staffs, minus Infantry units, to women. They have not opened any new combat occupations but they have begun assigning women in open specialties like intelligence and communications to non-infantry combat units.  Even though, for example, a male public affairs officer assigned to an infantry unit requires no infantry training beyond what all officers receive at The Basic School, women in these open specialties are not allowed, in any capacity, in infantry battalions.  The fact that women can serve in all other combat arms units (tanks, artillery, etcetera) down to the company/battery level, but cannot serve even at the battalion staff level in infantry units is indicative of the fact that the Marine Corps is not preparing infantry units for integration.

Despite the fact that a percentage of women did meet combat proxy test standards and a steady stream of women continue to graduate from enlisted infantry training the Marines will point to data from the task force experiment to justify keeping the infantry closed.

If the Marines do in fact go forward with an exception request they will find themselves not just on the wrong side of history writ large but on the wrong side of their own 238-year history. The Marines are known for being an adaptive, innovative, and resilient force that performs well given any mission. After all, it was the Marines who first used women as “Lionesses” in Iraq and later pioneered the use of Female Engagement Teams in Afghanistan.

Rather than look for ways to exclude women the Marines should seek out the toughest, smartest most capable women this country has to offer and vigorously recruit them to join the ranks of the infantry.  The Marines are perhaps the best of the Services at marketing their competence, professionalism, and loyalty to the principles of this country.  Rather than resist this change the Marines should do what they are good at: Recruiting and molding the best Americans into a brotherhood and now sisterhood of professional excellence.

When Allying with Evil Makes Sense