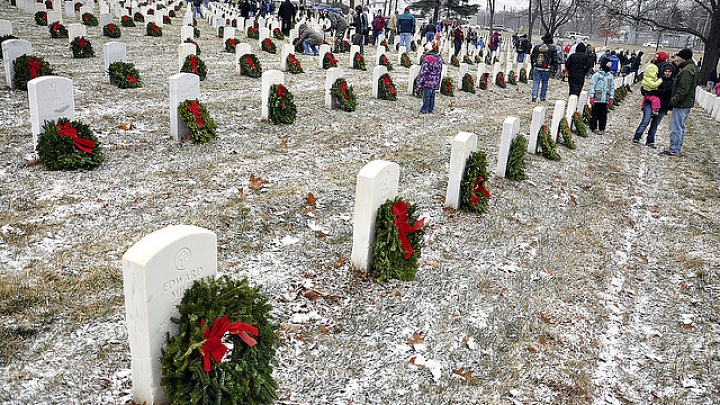 In another harbinger of the U.S. military’s waning emphasis on counterinsurgency (COIN) doctrine, on October 1, the Army Irregular Warfare Center (AIWC) at Fort Leavenworth, Kansas will close its doors for good. The functions currently served by the institution that gave us Field Manual 34, “Insurgencies and Countering Insurgencies,” and played a significant role in codifying, analyzing, and distributing COIN doctrine to conventional Army forces will, according to the Ft. Leavenworth Lamp, “transition to other Army organizations as resources and priorities are realigned.”

Drawing down resource-intensive, COIN-specific entities and functions as the overall Defense budget contracts seems in keeping with and perhaps appropriate for the times. After all, despite what appears to be an expanding mission in Iraq and possibly Syria, the majority of forces deploying to COIN-intensive environments in the foreseeable future are more likely than not to be Special Operations Forces, who have their own institutions when it comes to COIN and other aspects of Irregular Warfare (IW). There is also a widespread sense both within and outside the military establishment that COIN failed to achieve its objectives in Iraq and Afghanistan, and that winning hearts and minds through development and governance is beyond the capabilities or appropriate duties of U.S. troops.

To borrow from Trotsky, we may not be interested in COIN, but COIN is interested in us, necessitating a better, and ideally more integrated interagency approach, rather than an abandonment of the entire skill set.

Before the Army established the center in 2006, U.S. Army John F. Kennedy Special Warfare Center and School (USAJFKSWCS) at Ft. Bragg, NC, had long been the lead institution when it comes to unconventional and special warfare, including COIN. It is, however, a facility primarily geared towards Army Special Operations Forces (Special Forces, Civil Affairs, and Psychological Operations). Thus, while its ideas and research reach across branches and services, its real effects are primarily felt by SOF. By shuttering AIWC, therefore, the Army appears to be moving back towards a model in which SOF conducts the majority of missions within the realm of what is known as IW which, depending on who you ask, generally includes COIN in addition to unconventional warfare, foreign internal defense, counterterrorism, and stability. (For a deeper look at the inconsistencies and debate around IW doctrine, start here.

Looking at the world the U.S. Army faces today and in the immediate (three to five year) future, this seems like a reasonable bet, and not only because the current COIN-heavy missions in Iraq and Afghanistan are winding down. The movement away from COIN doctrine is also a reflection of the now-popular sentiment that it didn’t work in the post-9/11 period any better than it did during the Vietnam War, the same conflict from which so many complained we didn’t retain hard-learned lessons in COIN. By this reasoning, then, it makes perfect sense to move the conventional Army away from a skill set that they are not only unlikely to practice any time soon, but that has been determined, at least by some, to be ineffective. What makes perfect sense now, however, can shift quickly in response to events, say, another attack on the U.S. homeland or a major event elsewhere in the world that demands heavy, COIN-like U.S. involvement, not just from SOF, but from the Army at large.

Preparing for the unforeseen is a critical element of military preparedness. And while looking at the effectiveness of a doctrine like COIN in past conflicts is instructive, it can’t be the only factor that determines how the U.S. prepares its troops for combat. There is also the undeniable reality that global conflict is increasingly socio-political, with insurgencies based on ethnic and religious identities on the rise and conventional state-on-state warfare continuing to decline. Such trends make it more than likely that despite its disillusionment with COIN, the U.S. Army – and not just SOF – will find itself engaged in COIN-like warfare perhaps not in the next few years, but over the coming decades. To borrow from Trotsky, we may not be interested in COIN, but COIN is interested in us, necessitating a better, and ideally more integrated interagency approach, rather than an abandonment of the entire skill set. In this light, relying on SOF entities like USJFKSWCS to keep big Army up-to-date on COIN skills may ultimately prove short-sighted.

Whitney Kassel is a director focused on strategic analysis and risk management at The Arkin Group, a private intelligence firm in New York City. Kassel spent four years with the Secretary of Defense, where she focused on special operations, counterterrorism, and Pakistan policy. She is a columnist at Foreign Policy Magazine.

We Still Need to Defeat Assad, Not ...