How to Assess Risk in a World of Threats like ISIS 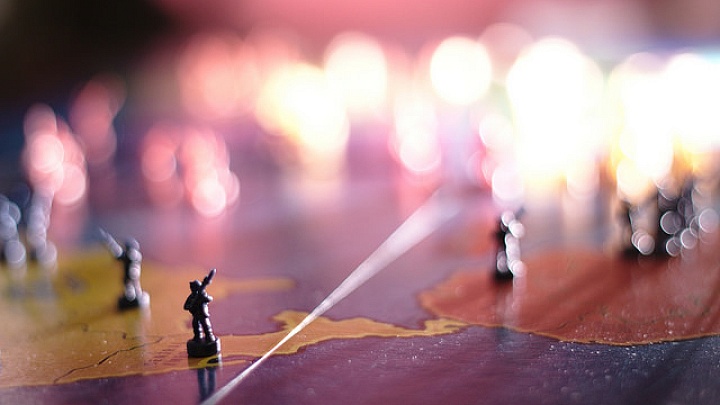 As U.S. efforts to build an international coalition to confront ISIS continue, so does the national debate regarding if, when, where, and how America should engage the threat. Questions still loom over our decision to intervene: Why should we care about ISIS in particular, and what should that mean? More specifically, how should we react to what ISIS has already done? Perhaps more importantly, how should we assess and manage the risk that comes with what ISIS might do in the future?


Strategic planners, project managers, and business executives all do some level of risk management every day. All of us do. Risk management is simply trying to maximize potential gains while minimizing potential losses. It is what we do when we explore opportunities and assess threats, while counting the costs to defeat the threats and take advantage of the opportunities. All of that has to start with defining and prioritizing our interests – or what some foreign policy thinkers label “grand strategy – in order to establish a hierarchy of things most important to us.

There are all kinds of potential reasons for “doing something” about ISIS: to alleviate the suffering of those under their thumb; to help long-time allies in the region under threat; because we owe it to the Iraqis; to protect our own homeland, which could be threatened; and because ISIS has brutally killed Americans already.

This list moves from general concerns to more specifically American-focused concerns. But it does not correlate to an escalation in the responses that would be appropriate to the level of the U.S. national interests represented by each item on the list. In other words, even damage to the U.S. homeland and actual American casualties on our own soil would not necessarily rise to the level of vital interests for which Americans would spare no expense or pain.


For a list of concerns to correlate to an escalation in responses, that list would have to represent an increasing amount of actual negative impact on our nation in terms of consequence, and/or an increasing amount of potential negative impact on our nation in terms of some combination of likelihood and consequence. When it comes to actual impact thus far, ISIS has been ferocious within the limited spheres of its self-proclaimed caliphate domain, but it has not delivered significant blows to the U.S. as a nation.

When it comes to potential impact, the story is different. To measure such impact, we need to understand the meaning of likelihood and consequence. As a crude example, let’s compare concern about a meteor impact and concern about rain. In the first case, the likelihood that a very large meteor will strike earth sometime soon is incredibly low, but the consequence of even a single occurrence could be extinction of the human race. How do you manage that risk? You keep your eyes on the skies, in order to deliver extended advanced warning of a meteor impact, which will hopefully allow for adequate time to prepare and execute a response.

For ISIS to reach the level where we consider it a clear and present danger, one which demands a response so dramatic that we will send  Americans into harm’s way, it would have to represent a likely and consequential threat to higher numbers of other Americans, or to the continued existence of our country and our way of life.

In the second case, the likelihood that rain will fall sometime soon is very high in most places, but the consequence of that single occurrence is almost invariably negligible – except that single downpours, prolonged storms, and even the prolonged absence of storms can all have disastrous results. How do you manage that risk? You do almost exactly the same thing you do for meteors. You keep your eyes on the skies, in order to deliver extended advanced warning of weather of disastrous proportions.

In both cases, our attentiveness comes with less significant but valuable bonus benefits, like an admonition to carry an umbrella on the way to work, and encouragement to watch a beautiful and harmless meteor shower, when we might otherwise have slept right through it. The only thing that would change our approach to either of these challenges would be our new ability to shape the outcomes, i.e. to change the course of inbound meteors or to change the weather.

When they or their loved ones are endangered or touched by distress, Americans and non-Americans alike will be offended by the reasoning that a) some concerns will not rise to the level of U.S. national interests at all; b) that some U.S. national interests are dramatically more significant than others; and c) that national responses to actual impacts and threats to those interests must be proportional to that significance. But that is the only reasonable and sustainable approach to take for a nation, just as it is for a family. The U.S. certainly cannot respond to everything with the same level of effort, with no limits to the cost in American treasure and lives.

It is easy for most Americans to agree, at least conceptually, that our most important national interest and highest national priority is the continued existence of our country and our American way of life. But in the absence of actually current or obviously brewing existential conflict, it is difficult for us to agree on the level of effort appropriate to even that highest of priorities. Agreeing on lesser interests and priorities and on what we should do about them is much more difficult.

For ISIS to reach the level where we consider it a clear and present danger to the U.S., one which demands a response so dramatic that we will send high numbers of Americans into harm’s way, ISIS would have to represent a likely and consequential threat to higher numbers of other Americans, or to the continued existence of our country and our American way of life. Along with demonstrating resilient organizational effectiveness within its currently limited domain, ISIS has said and shown that it intends to go far beyond regionally restricted terrorism. A caliphate that does not actually eventually enshroud the entire world is not a caliphate. If ISIS is undeterred, therefore, the likelihood that it will continue to threaten Americans and our national interests cannot be denied. The more important acknowledgment comes with recognizing that, if ISIS is undeterred, its capabilities and the consequencesof its actions will continue to grow dramatically, with dire results far beyond the borders of Syria and Iraq.

What should we do about that?


Over the course of the last decade, we have already proven that going into Iraq hard and fast, and then subsequently coming out hard and fast, is not the answer, just as going back in soft and slow has failed to be the answer recently. Earlier more thorough and consistent threat-mitigating engagement in Syria, Iraq, and elsewhere is now a missed opportunity, and direct lethal action is clearly a necessary component of the solution going forward. But let’s not make the mistake of thinking the U.S. military alone can solve this problem.

The quality of our hammer should not make every problem look like a nail. In fact, as President Obama has rightly pointed out, the U.S. cannot solve this problem alone, even using the wisest combination of all of its instruments of national power, military and otherwise. But we should not allow that acknowledgement to confuse us into thinking we can continue to wait and see, or be half-hearted in our response.

As the President has tried to extricate American military forces from Iraq and Afghanistan during his tenure, he has taken a surgical approach to countering America’s terrorist enemies and what has been a largely hands-off approach to most other issues outside American borders. But dealing with ISIS calls for much more than that. In fact, ISIS exists as it does today in Syria and Iraq at least partially because of the President’s international leadership philosophy. That philosophy has limited American options for shaping outcomes.

If we wait long enough without shaping the “astronomical” outcomes, in addition to the many meteorites that will continue to breach our atmosphere every day, a meteor large enough to kill us all will eventually hit our planet. If we wait long enough without shaping our national security outcomes, in addition to continuing to breach our national atmosphere every day, ISIS will eventually grow into a meteor that hits our country directly. Remember the consequence of the attacks of September 11, 2001 and how unlikely they seemed the day before.